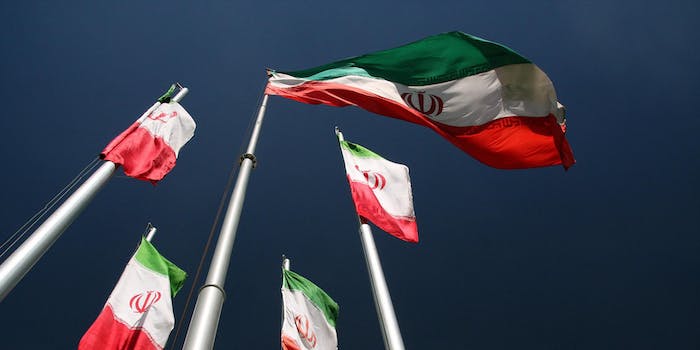 The latest move from the Great Persian Firewall.

Iran, one of the world’s biggest Internet censors, has begun blocking the Tor network. In the last week, the state-owned Telecommunications Company of Iran has effectively knocked off 75 percent of all Tor traffic in the country.

Tor, an anonymity tool used by millions of people around the world for a wide variety of purposes, is a powerful and popular tool used in Iran used by political activists and citizens looking to get around the country’s strict speech and press laws.

Normally, as many as 40,000 Iranians are using Tor at any given moment. Today, that number has dropped to 10,000 and falling. 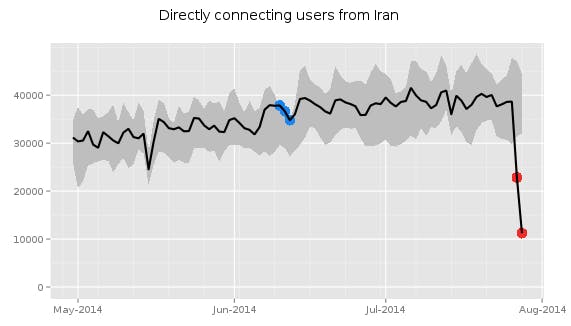 Tor, which until recently worked easily with a simple download in Iran, has a long history of battling for anonymity inside of Persia. The software was used effectively and widely during protests in 2009. The government began rolling out a new state-of-the-art Internet censorship system in 2011 in an attempt to build a ‘Halal Internet.” Since then, the government has gone after Tor’s promise of anonymity and, consequently, freedom from Iran’s rules in a variety of ways. Combined, Iran’s censorship tools have been labelled the Great Persian Firewall, a nod to China’s similar system of online suppression.

In 2011, Tor and Iran engaged in an arms race, as the government would find a new methods of blocking and Tor’s developers would build new circumvention tools—sometimes even releasing them on the same day the government’s censors built their blocks.

That arms race with Iran, and other censorship regimes around the globe, continues to this day.

Iran’s latest move attempts to block all of the Tor network relays publicly listed by the Tor Project, is not absolute. It takes several more steps to to circumvent Iran’s action. But it is possible.

Iranians can attempt to access Bridges—secret and unlisted Tor relays designed to circumvent censorship that are much more difficult to block—as a hidden path onto the Tor network. Another option for bridges is to email [email protected] from either Riseup.net, Gmail or Yahoo, a rule set in place to avoid fake emails being sent.

Users outside of Iran can run a Tor bridge to help circumvent the censorship. We outlined how to run a Tor bridge several months ago when it was the Turkish government trying and failing to block Tor.

Tor representatives did not respond to a request for comment.

Update: Andrew Lewman, Tor’s executive director, explained that the block has led to a major drop in Iranian Tor numbers because people have switched to hidden connections (called pluggable transports).

“We’re still working on it, but for now, when people switch to a pluggable transport, their usage isn’t counted anymore.”

Photo via Flickr/yeowatzup (CC BY 2.0)