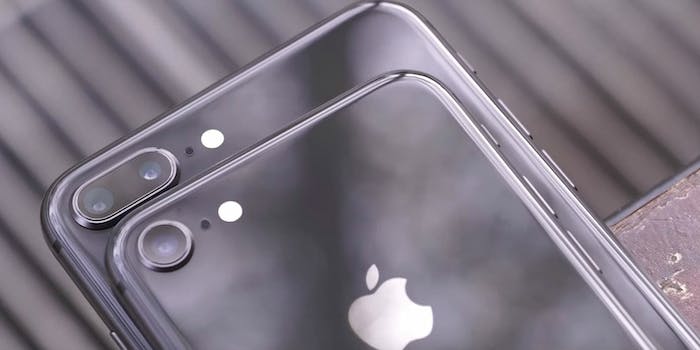 Spectre, Meltdown fix can have a huge impact on the performance of your devices

The patches that protect your iPhone from critical Meltdown and Spectre vulnerabilities could affect performance by up to 40 percent.

Last month, a critical flaw was discovered in all modern processors that let attackers use low-privileged apps to read the memory of a computer’s kernel, the central part of an operating system. It gave hackers a backdoor to steal passwords, files, and security keys, making it easy for them to plant malware on your gadgets. Device and components manufacturers have been scrambling to repair the bug and we’re finally seeing the light at the end of the tunnel. But fixing the vulnerability comes with some tradeoffs.

The good news is that patches have already been sent out by most major electronics makers—Microsoft, Apple, Google, and others—and Intel says all its processors will be protected by the end of January. The bad news is that your devices will see a permanent drop in performance once they’re updated. We’ve always known that, but it now appears the performance hit is worse than advertised, at least, for some devices.

Dutch security researcher Melvin Mughal ran benchmark tests before and after Apple released its security patch. His figures are unsettling. The scores indicate that the fix for Apple’s A8 processor (found on the iPhone 6) has a huge impact on performance, with single-core scores dropping 41 percent. Multi-core scores for heavier tasks didn’t fare much better, down 39 percent. Those results couldn’t come at a worse time for iPhone owners—just weeks ago, Apple admitted to intentionally throttling phones with old batteries.

The Meltdown and Spectre patches don’t affect all devices equally. There are multiple factors that determine the magnitude of the performance drop. While it’ll take months to get a better idea of what those factors are, we do know devices with older processors have the hardest time with the updates.

Smartphone news outlet GSMArena proved as much with its own series of tests. Using an iPhone 8 Plus, the publication discovered that the iOS 11.2.2 patch has a minimal effect on newer Apple phones. The iPhone 8’s processor performance drop was “too small to notice” and its RAM (memory) speeds were unaffected. It then ran the AnTuTu benchmark on an iPhone 7 and came away with similar scores. In fact, the phone’s performance scores were 3 percent higher after the software update.

As expected, the older iPhones were hit the hardest. GSMArena saw a 12 percent decline in the iPhone 6s. That’s significant—bad enough to feel it during everyday use—but nowhere near the crippling 40 percent drop from the iPhone 6. Apple shouldn’t be blamed for the Spectre and Meltdown bugs, but its decision to slow down iPhones with older batteries may now have a larger effect than initially anticipated.

Apple phones aren’t the only devices affected by the Meltdown and Spectre patch. Early tests conducted by PCWorld and TechSpot found that certain tasks slowed Windows computers by up to 42 percent. Again, the amount your device drops is a factor of what processes are running. Fortunately, the more common tasks, like browsing the internet, playing games, and listening to music, hold up well. However, heavier applications, like 4K rendering, is causing all sorts of problems, even on newer devices like the Microsoft Surface Book running a 6th-generation “Skylake” processor. The results contradict the 10 percent performance hit Intel estimated for the bug patch.

Cloud gaming is also suffering. Video game developer Epic Games was forced to release a statement about how the patch is affecting its multiplatform game Fortnite.

All of our cloud services are affected by updates required to mitigate the Meltdown vulnerability. We heavily rely on cloud services to run our back-end and we may experience further service issues due to ongoing updates.

The following chart shows the significant impact on CPU usage* of one of our back-end services after a host was patched to address the Meltdown vulnerability.

It’s crucial that you update your device with the latest software despite these concerning performance tests. Here’s an easy-to-use guide on how to protect yourself from Meltdown and Spectre.