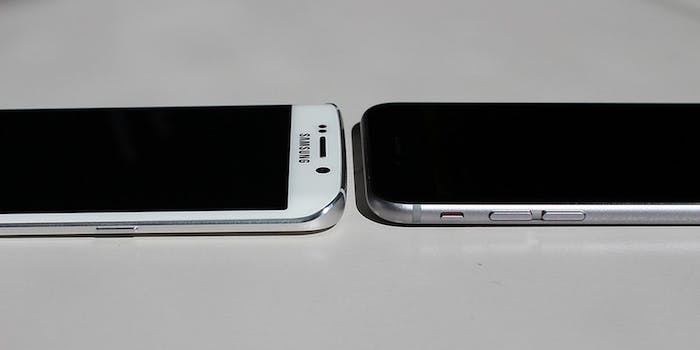 6 essential features that the iPhone has that Android doesn’t

Anything you can do, iPhone can do better.

After all, “iPhone or Android?” is the technology equivalent of “boxers or briefs?” There’s no definitive answer. How much people value single phone features like storage, battery life, camera quality, and pricing plans can vary depending on their lifestyles.

Choosing between the latest iPhone and one of the flagship Android devices, such as the Samsung Galaxy series, LG G4 or Sony’s Xperia Z5, can be tough. An arms race between the companies has led to some pretty similar products.

The higher number of megapixels in many of Android’s built-in cameras is still the deciding factor for some. But as we’ve found, more megapixels don’t necessarily equal a better photo. Apple has over 230,000 apps in its App store, more than three times the number of apps in the Android Market, but as Wilson Rothmans of MSNBC points out, Android’s use of widgets may make up for its slim number of app offerings.

Similarities aside, there are still a fair number of things an iPhone 6s can do that an Android device simply cannot. There’s been a fair amount of buzz surrounding the new iPhone’s pressure sensitive display, now dubbed 3D Touch. The new screen displays in the iPhone 6s will respond to three different types of pressure: a tap, a press, and a firmer press. The 3D Touch screen multiplies the number of shortcuts available to every iPhone 6s user. A press of the Phone icon, for example, will redial your most recent contact. The touch screen also allows users to enter into trackpad mode and move the cursor around indirectly, making it easier to draft lengthy emails.

But the new iPhone 6s screens unlock a universe of possibility; its multitasking capabilities will allow users to work—and play—harder on the iPhone than ever before. Third-party app developers have already jumped on the bandwagon, so expect to see the new feature in workplace productivity apps like Dropbox and games such as AG Drive.

The new iPhone 6s and 6s Plus have a 5-megapixel front-facing camera and a 12-megapixel rear-facing camera. Apple has resisted upgrading its camera offerings to compete with Android’s smartphone cameras, some of which are up to 20 megapixels. A test-drive by the Verge found that the iPhone 6s produced better landscape shots than the Samsung Galaxy Note 5. The iPhone’s camera was better at metering exposure and keeping colors true, while the Samsung’s landscape shots looked blown out.

The work doesn't end in the studio. I mess around with beats on the go. Got GarageBand on the #iPhone6s pic.twitter.com/GOJI3pNFtI

Apple’s suite of editing tools, such as GarageBand and iMovie, have made the company a favorite amongst musicians, filmmakers, and other creatives. Apple’s iMovie is exclusively available as an iOS app, and there’s no movie-making app of equivalent quality in the Android store. Apple’s free GarageBand iOS application is the most widely used music-making software of its kind. A GarageBand update made in June brings in a wave of EDM and hip-hop inspired features such as synthesizer patches and drum tracks.

While plenty of Android apps will allow you to mimic the Live Photos feature included in the iPhone 6s, the latter has the advantage of being seamlessly integrated into the photo-taking experience. In a nutshell, the beauty of Live Photos is that they are unplanned; the feature automatically takes a few seconds of video footage every time you snap a photo. As Jeremy Olson recounts in Medium, the Live Photos feature has unearthed several video snippets that he calls “hidden treasures.”

“I’ve only had Live Photos for a day and they are already surfacing the hidden treasures behind both good and bad photos,” writes Olson.

Even Siri is confused. pic.twitter.com/UBUMHlmgLb

Whether you love Siri, hate Siri, or forgot Siri was even on your iPhone, there’s no doubt that the popular virtual personal assistant is a distinctive part of the iPhone. One of the new features of the iOS 9 was a more powerful Siri. Siri can now help you search for your photos by time and location, pull up more intelligent sports and weather news, and search the Apple App store. And as much as Siri can drive you nuts, there are few devices that can provide as much comedic relief.

Apple has always scored highly on aesthetics, and its latest slate of iPhones offers an option in rose gold that is becoming this year’s gold iPhone. The pink-hued iPhone 6s is so popular that even men are rushing to buy the device, coining the phrase “bro’s gold.”