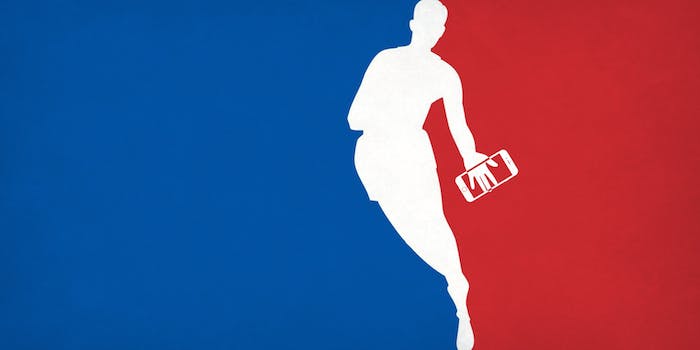 Longtime San Antonio Spurs big man Matt Bonner has made a career out of being a three-point shooting specialist. Last season, his shooting percentage fell off a cliff, and he’s found an unlikely culprit to blame.

In his 11th year as a professional basketball player, Bonner recorded the second-lowest shooting percentage from beyond the arc of his career. He hit 36.5 percent of his 126 attempts, nearly a full 5 percent lower than his career mark of 41.4 percent.

There are a plethora of reasons why a players’ performance may change over the course of their career. Bonner, affectionally referred to as the “Red Mamba,” believes a nagging case of tennis elbow in his non-shooting arm is responsible for the drop off in made baskets.

“I hate to make excuses, I was raised to never make excuses, but I went through a two-and-a-half month stretch where I had really bad tennis elbow,” he told the Concord Monitor, “and during that stretch it made it so painful for me to shoot I’d almost be cringing before I even caught the ball like, ‘Oh, this is going to kill.’”

This part of Bonner’s story checks out. His shooting touch did not disappear for the entirety of the 2014-2015 campaign; during a stretch from early December to the NBA All-Star Break in mid-February, Bonner shot just 32.4 percent from three-point range, hitting 25 of 77 attempts. But outside of that block of time, Bonner hit 42.8 percent, making 21 of 49 shots—slightly above his career average.

And the idea that an elbow injury would damage a person’s shooting motion—even, like in Bonner’s case, when it’s on his non-shooting arm—is believable. It affected LeBron James during his 2010 playoff run, at one point causing him such pain that he shot and missed a free throw with his left hand to avoid aggravating the afflicted arm.

Here’s where Bonner’s story falls off the rails: He believes the cause of his elbow injury is the iPhone.

“Everybody is going to find this hilarious, but here’s my theory on how I got it. When the new iPhone came out it was way bigger than the last one, and I think because I got that new phone it was a strain to use it, you have to stretch further to hit the buttons, and I honestly think that’s how I ended up developing it,” he explained to the Concord Monitor.

It’s not made clear if Bonner owns the iPhone 6 or 6 Plus. Given he is a 6’10” tall giant of a man, it’s not hard to imagine that he would opt for the Plus-size model. But his complaint seems to stem from switching from an iPhone 5S to the new model, so it’s possible he chose to stick with the standard handset instead of the phablet.

Regardless which he opted for, there would be a significant amount of additional screen real estate to navigate. Bonner isn’t the only one to complain about strains and pains caused by a bigger display.

A study published in 2014 by the American Journal of Physical Medicine and Rehabilitation found tendons in the hands of people who text frequently can abnormally thicken and develop tendinitis. Another study found one-handed smartphone use to cause increased activity and pain on upper extremity muscles.

There is such a thing as “smartphone elbow,” too. It’s been around since 2009, born of the same lineage of “Nintendo thumb” and other technology-centric injuries. But its existence arrived prior to the prevalence of the smartphone, back when the feature phone was king, and refers to people who hold their phone to their ear for extended periods of time. In discussing the topic in 2009, an article from HealthDay News claimed the affliction was “often brought on by those cell phone plans with unlimited minutes.”

He specifically says his injury was brought about by stretching his fingers further to touch items on the screen. That’s where his claim falls apart.

Jeff G. Konin, Ph. D, is a professor and chair of the physical therapy department at the University of Rhode Island. He told the Daily Dot Bonner’s claim was “a stretch.”

Konin pointed out a typical tennis elbow stretch that would seem to indicate the motions of typical phone use would have little affect on one’s elbow. 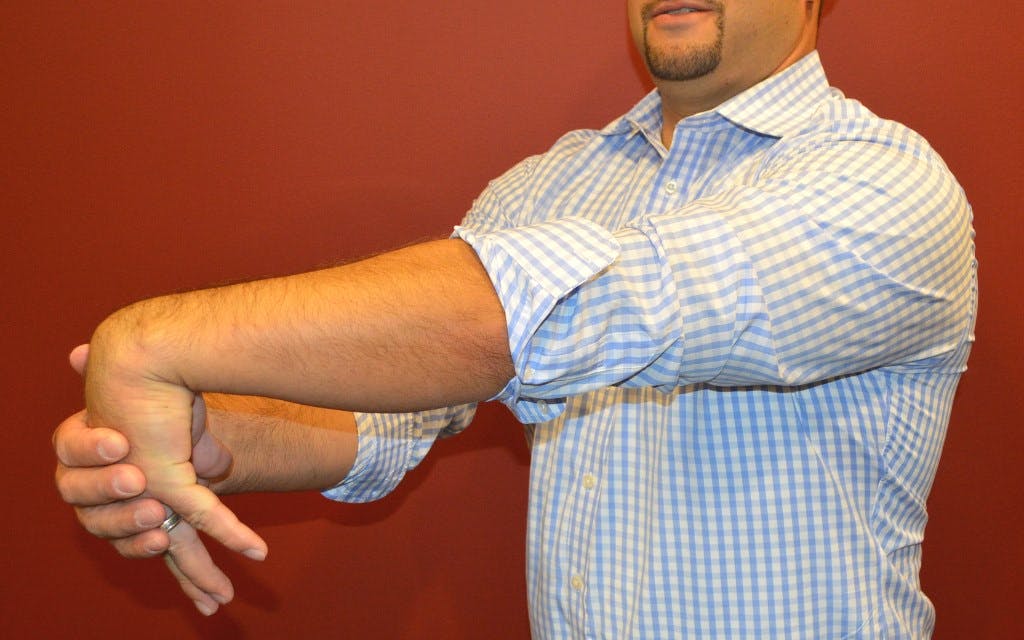 “It would appear to me that to create a tennis elbow condition the fingers need to be in this position, not the opposite whereby they are spread out further by way of a larger cell phone.”

When asked if one could possibly sustain an injury from stretching their fingers to use their phone, Konin replied, “None very easily!”

“In theory, with significant longstanding ongoing stretching out, maybe a trigger finger, maybe carpal tunnel,” he explained. “Not really likely anyone could sustain any finger or hand injury from holding a cell phone.”

Even if Bonner wanted to invoke cell phone elbow, his conflation that injury and tennis elbow is incorrect.

Michael Hausman, chief of hand and elbow surgery at Mount Sinai Hospital in New York City, told the Scientific American in 2009 that tennis elbow and so-called “cell phone elbow” are entirely unrelated injuries. Tennis elbow is tendonitis, caused by inflammation of the tendons, while cell phone elbow is otherwise known as cubital tunnel syndrome, described as inflammation of the ulnar nerve.

For Bonner and others complaining about pains relating to phone use, there’s likely a simpler explanation: They were already hurting. Excessive smartphone use may have exacerbated an existing issue, but it is unlikely to have caused it.

There’s a simple logic to this, much simpler than Bonner’s anecdotal attempt to explain his struggles. Over 90 percent of Americans and 75 percent of the world’s population own mobile phones, but issues like Bonner’s are rare and in no way symptomatic. If it were, hundreds of millions of people around the world would be suffering from similar injuries. They aren’t.

So did Matt Bonner suffer from tennis elbow or a related injury? More than likely, yes. Did it negatively affect his ability to perform? Without a doubt. Is the iPhone 6 to blame? No.

If your current hang up on getting a bigger smartphone revolves around possibly messing up your shooting form, worry not; you’re not going to wreck your shot by typing away on an oversized screen.

Of course, if you were hoping to blame your inability to hit a shot from behind the three-point line on your iPhone ownership, bad news: You’re might just not be very good at basketball.