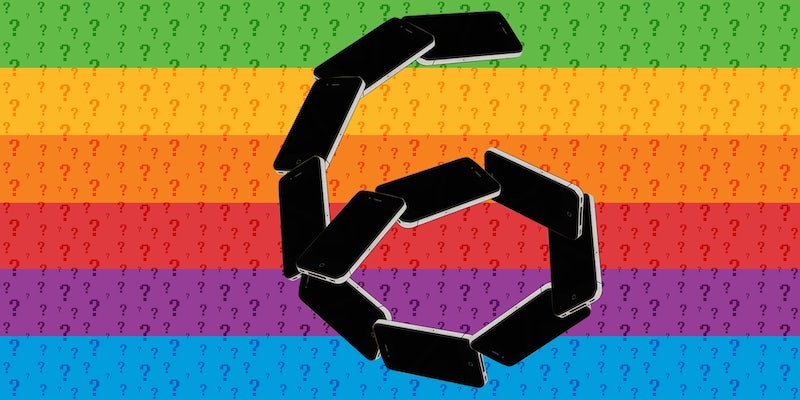 5 things to expect from the iPhone 6

It's that time again.

Leaves are falling from the trees, kids are reluctantly dragging themselves back to school—but forget all that: It’s iPhone season. Next week, Apple is expected to announce the newest version of the iPhone, and naturally we’re all dying to throw our money at a product that doesn’t even exist yet.

We won’t know anything until the fat lady sings on Sept. 9, but there are some safer bets that most of us Apple prognosticators can agree on. This information weaves together reliable reports from outlets that we trust, our own sources and, of course, our obsessive, longitudinal knowledge of Apple’s every move.

As Android phones grew larger and larger over the course of the last four years, Apple stuck to its guns, keeping the iPhone svelte. With the iPhone 5, the company bumped the display size from 3.5-inches to 4-inches, but by today’s standards, the iPhone’s screen remains skinny as can be (the Retina pixel density hype certainly factored into the decision).

With phablets carving out a surprisingly solid niche in the market, all rumors point to the fact that Apple will finally concede and make a bigger iPhone. Just how big is still a matter of debate, of course, but the most solid rumors point to a 4.7-inch display.

Until the last go-round, a new iPhone was a singular product, a flagship device that ascended as the prior generation faded into the background. With the iPhone 5S, Apple simultaneously announced the iPhone 5C—a less expensive version of its true heir to the throne constructed out of colorful plastic. With the iPhone 6, Apple is widely rumored to again launch a pair of devices. This time, the more reliable corners of the rumor mill suggest that a 5.5-inch iPhone will join the lineup in tandem with the 4.7-inch iPhone 6.

A 5.5-inch iPhone would sit squarely in phablet territory, usually defined as the too-big-for-a-phone, too-small-for-a-tablet range between 5- and 7-inches. Apple’s next largest device, the iPad mini, measures in at 7.9-inches. Some sources suggest that the larger of the new iPhones will be called the iPhone Air, though given that the “Air” designation is generally given to lighter, smaller versions of Apple’s existing devices (like the iPad Air and the MacBook Air) that naming scheme sounds like a misnomer to us. Many sources suggest that the larger of the two phones would begin shipping later due to supply chain issues.

The technology known as NFC, which stands for “near field communication” is nothing new. NFC has been built into non-Apple smartphones and tablets for years now, but Apple has never thrown its weight behind the proximity-based mobile communications standard. The technology has myriad uses, but the most striking is the potential to turn a device like a smartphone into a mobile payment system.

In an ideal NFC scenario, a user could pay for just about anything by tapping a mobile device onto an NFC reader instead of swiping a credit card. If this rumor comes to pass, expect Apple to deeply integrate NFC into a mobile payments software system with its own branding—iWallet certainly does have a ring to it, doesn’t it? Some reports suggest that Apple has tapped Dutch chipmaker NXP—Apple’s supplier for the M7 motion co-processor built into the iPhone 5S—as its NFC supply line source.

This one is a bit of a given, but it does lend a new iPhone that extra wow factor—especially when a new Apple device makes it to all retail store counters. The iPhone 6 will undoubtedly be the fastest iPhone yet, largely thanks to rumors of the new device’s A8 processor. The iPhone 5S runs on a 64-bit dual-core 1.3 GHz system on a chip (SoC) known as the A7, manufactured by Samsung. The A8 could push performance even further, with a rumored boost to a dual-core 2.0 GHz design. Samsung manufactures the A7 processor, but Apple may look to Taiwanese manufacturer TSMC to reduce its reliance on a direct competitor.

We know all about this one, but it’s still huge. The iPhone 6 will be the first Apple device to ship out of the box with the next version of iOS, the company’s smartphone and tablet operating system. While we know what’s to come in iOS 8 thanks to its earlier announcement and developer preview, a few features of iOS 8 will likely be fleshed out next week. Some of these, like the rumored iWallet payment system, will be reliant on the hardware that ends up in the iPhone 6. At the iPhone event, we could hear more details about iOS 8’s new Health app and hopefully we’ll get to see more cool features like Handoff—Apple’s new set of iOS 8/OS X Yosemite integration tricks—in action.

While calling an Apple event is a bit like a day at the races, the company has fallen into a slightly more predictable rhythm in recent years. That said, we love to be surprised, and we fully hope the iPhone 6 actually doubles as a 4K VR headset and a kegerator tap.

Image via Yutaka Tsutano (CC BY 2.0) | Remix by Jason Reed