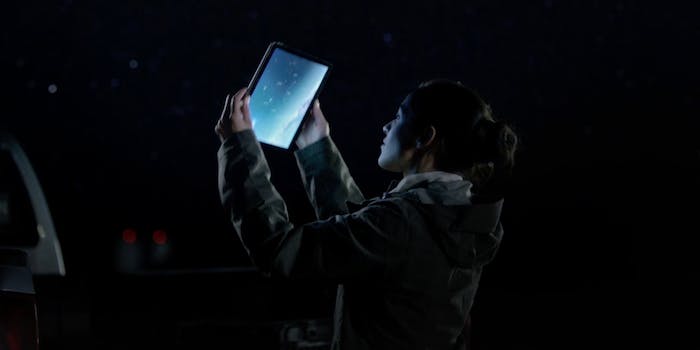 Why the iPad Pro won’t replace your laptop

Cupertino is getting lapped by Redmond. But is it all part of the plan?

Apple never advertised iPad Pro as an alternative to your laptop, but CEO Tim Cook certainly hinted it.

“I think if you’re looking at a PC, why would you buy a PC anymore? No really, why would you buy one?” Cook told the Telegraph in an interview published Tuesday. “Yes, the iPad Pro is a replacement for a notebook or a desktop for many, many people. They will start using it and conclude they no longer need to use anything else, other than their phones.”

The iPad Pro, which launched earlier this month, has a lot to recommend it. Add-ons like the pencil make it great for designers, a massive screen great for streaming your favorite shows, and its ability to do split-screen apps is just plain cool. But as early reviews make clear, the most damning strike against it is that it simply isn’t anything more than a tablet. To be more precise, it isn’t capable of replacing your laptop.

Despite their apparent ubiquity, tablets may never break out of being a niche product.

That possibly inevitable transition, from traditional computers to tablets, is one Silicon Valley has been pondering for years, at least since the first iPad launched in 2010. Apple’s inability to bridge that gap carries profound implications for the industry as whole.

In contrast to Apple, Microsoft has done a much better job of positioning its tablets as laptop replacements—something Cook has called a weakness. Cook singled out the Surface Book Pro specifically as a device that “tries too hard to do too much.”

If the Surface looks like it’s trying to do everything, it’s because it is. Microsoft has pulled no punches in selling the product as a tablet that can do everything your laptop can. Apple doesn’t like having to play catch-up, especially with its longtime rival in Redmond. But if the future is to be more tablet-driven than laptop-based, Microsoft is poised to get there first.

“Apple is still the world’s top tablet maker with roughly 25% of the global market share, but iPad sales have been slipping,” writes Tech Insider’s Dave Smith. “What’s most interesting about Microsoft’s strategy is the company doesn’t compare the Surface to the iPad; rather, it compares the Surface to Apple’s bestselling Mac lineup.”

No one is going to write their great American novel on an iPad.

The war for who can create the first laptop-killing tablet is about way more than marketing. Part of the reason the Surface has an advantage is that, unlike the tablets of Apple and Google, it isn’t running a mobile OS. Utilizing the same operating system it deploys on desktop PCs, the Surface is already more like a laptop than your average tablet. Apps like Microsoft Office’s suite of business applications feel more natural, broadening the product’s potential user base. On the other hand, an iPad is still a mobile device at its heart, no matter how wide the screen stretches. Without more features akin to a Macbook, it’s going to be hard for it to sell an iPad as anything new.

Boring everyday tasks that involve apps like Office and Excel are precisely the reason why many people have laptops in the first place. If you want more power, or if you’re a more serious techie, a desktop computer is still the way to go. But for surfing the ‘net, writing emails, paying bills, etc., a laptop is just easier. An iPad, by contrast, is designed for on-the-go consumption. No one is going to write their great American novel on an iPad.

A seismic shift towards tablets over laptops isn’t by any means inevitable. In 2012, Computerworld predicted tablets would be the prefered devices by 2016. With 2015 coming to an end, the stagnancy of the tablet market says otherwise. Despite their apparent ubiquity, tablets may never break out of being a niche product.

Even through the struggles of the larger tablet market, the mixed reception of the Apple Watch, the uncertainty surrounding Apple Music, this has still been Apple’s most successful year ever. It was the most profitable year in the company’s history, and it had the best quarter of any company ever. It’s hard to imagine a world where Apple sets its mind to building a tablet that can replace your laptop, and doesn’t accomplish it—eventually. But the iPad Pro isn’t there yet.