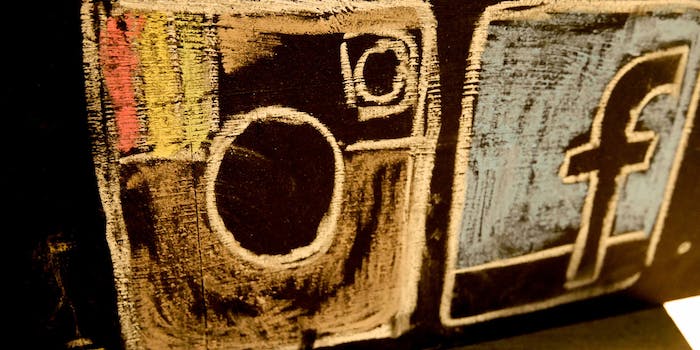 It's just a matter of time.

Instagram has a new ad guy. According to Recode, former Facebook Regional Director James Quarles will hop over to the social photo sharing network to ramp up its revenue channels, overseeing sales and marketing. Quarles will take the title of global head of business and brand development, a post that he will be the first to fill.

While we don’t know exactly how things will play out with Quarles, it’s safe to say that Instagram is getting serious about evolving into a cash machine, in the footsteps of its parent company Facebook. Facebook’s own mobile app famously swiveled from a product with no revenue to speak of into an advertising force to be reckoned with over the last few years.

News of Instagram’s ad efforts confirms what Facebook CEO Mark Zuckerberg hinted at in the company’s last earnings call, namely that after building out the product and earning user trust, it’s time to buckle down and make money. For Instagram, like Facebook around 2006—”primarily a consumer product at the time”—Zuckerberg is playing the long game, keeping the app folks love alive and well, waiting until it’s wholly indispensable and bursting with users to aggressively move forward with monetization.

“We gave all those things away for free,” Zuckerberg said, reflecting on Facebook’s good ol’ days. “Only after we had a good, organic kind of interaction… did we really layer ads on top of that.”

You can bet your bottom dollar that we’ll see a similar strategy unfold with Instagram over the course of the next few years. Facebook has this strategy down to a science, and Instagram remains a thriving photo community long after users idly threatened to leave in droves around the time of its acquisition.

“We think that these new ecosystems are going to ramp up over time… rather than have this be an impact that you’ll notice in a short term period of time.”

Instagram has tread softly in integrating ads into its platform, first letting brands going it alone and then carefully curating a very tight selection of ads from major partners. The ads are so good that you might have barely noticed them pop up in your feed—and no, you don’t know that group of poolside strangers nor the driver in that Mercedes parked in the background.

According to the Recode report, Instagram’s new ad mastermind will craft new “monetization products” which suggests that the app could pursue different revenue routes than its cousin, Facebook’s core mobile app. We reached out to Instagram for comment about the nature of these mysterious new products though have yet to hear back.

Prior to joining Instagram, Quarles helmed a number of Facebook’s biggest ad accounts across the pond at its London headquarters. Quarles starts his new gig this fall, so enjoy your ad free-ish IG experience while it lasts.