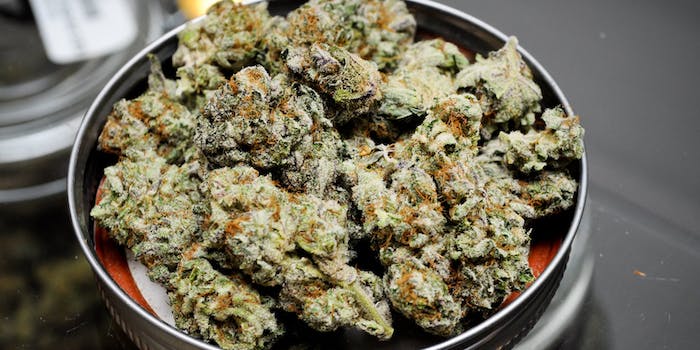 Instagram just clarified a few finer points in the policy detailing what does and does not fly on its platform, and good news folks: Weed is in. While Instagram restated its broader stance against “hard drugs” (fine, we’ll take all of our sloppy k-hole selfies to Tumblr!) it appears to be cool about weed. Instagram’s newly hella chill stance appears to be in early celebration of the international super-holiday to take place on Monday, April 20.

In a statement to TechCrunch, Nicky Jackson Colaco, Instagram’s director of public policy, stated that Instagram won’t prohibit photos of marijuana on its image-sharing app. Instead, marijuana will be treated like alcohol and tobacco (that is, ignored), while Facebook-owned Instagram continues to awkwardly fumble under the proverbial shirt regarding anything vaguely breast-related:

“Nudity [forbidden] on Instagram…  also includes some photos of female nipples, but photos of post-mastectomy scarring and women actively breastfeeding are allowed. Nudity in photos of paintings and sculptures is OK, too.”

The rest of the policy’s language is as vague and arbitrarily enforceable as you might expect. Technically, the restatement of the policy still forbids “promoting recreational drug use” but like, if you think about it, alcohol is a drug, you know?

We’ve reached out to Instagram to congratulate the platform on its 4/20 initiative and ask for further clarification. We will update the story accordingly if and when we hear back/remember to.