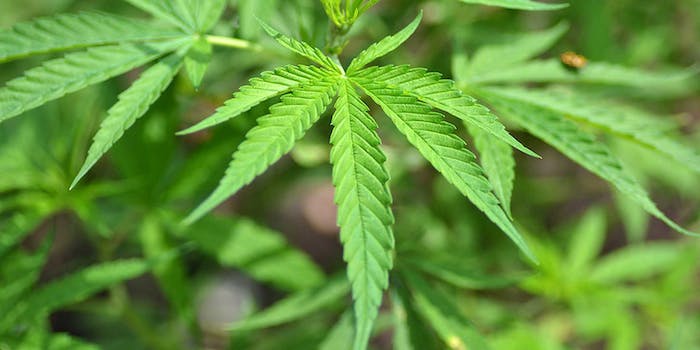 It just got harder to advertise illegal drugs on Instagram

But it can't stop #weedstaches.

According to the BBC, the move comes after their own investigation into the trend of dealers posting pictures of their product on the site and using the captions to invite other users to contact them through anonymous off-site means for purchase.

As part of a feature called #BBCTrending, reporters documented numerous instances of drugs being advertised on the social network. There, dealers and buyers make contact and arrange to finalize purchases using private instant messaging apps like WhatsApp or Kik. These messaging apps and Instagram allow users to keep their true identity concealed.

“Just getting a few packs ready for tomorrow morning… Place your order today, it gets shipped out at 8AM tomorrow,” read one post culled by the BBC, featuring a picture of several bags of marijuana.

Other Instagrams promised everything from common street drugs to prescription painkillers.

“We encourage people who come across illegal and inappropriate content to report it to us using the built-in reporting tools next to every photo, video or comment, so we can take action,” the spokeswoman said. “People can’t buy things on Instagram, we are simply a place where people share photos and videos.

Banning search terms and hashtags is nothing new for Instagram. In August, a list of more than 100 banned hashtags was revealed to the public. The goal of banning certain terms is to keep the site family friendly. Other social networks like Tumblr also block certain hashtags.

But this hasn’t kept Hudson- and Sierra-filtered pictures of banned substances from winding up on the social network anyway. An entire sub-community of heroin addicts and pill users has sprung up on site, documenting their habits. Cannabis selfies have apparently become so popular in Australia that police have begun using them as evidence.

A particular affront to Instagram’s efforts to crackdown on drug pics is the popular #weedstache hashtag. A search of this still-active hashtag brings up nearly 19,000 pictures of people posing with fake mustaches made out of – well – hash.