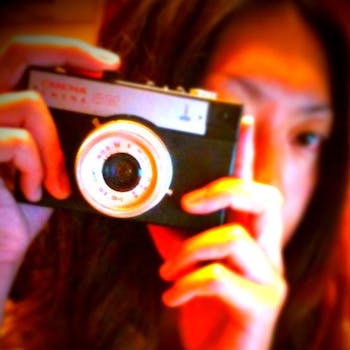 How Webstagram’s Joe Mio brought Instagram to the Web

Tied to his computer all day for work, Joe Mio was looking for a better way to view the world through the lens of Instagram users—without having to constantly check his phone.

Trying to view more than one photo at once on Instagram’s website is simply impossible. Outside of scrolling through comments and likes on every individual image, it’s difficult to get any sense of the vibrant community under the cold blue facade of the site.

So the 27-year-old Japan native made his own alternative.

Webstagram is a richer way of accessing Instagram from the Web, one that has grown to 100 million pageviews a month since January 2011, and more than 10 million photos have been posted with the #webstagram hashtag on Twitter.

While not the only site of its ilk (Statigram hit a million registered users last month), Webstagram makes it easier for IGers—as Instagram users are affectionately called—to navigate others’ photos and profiles, leave comments and likes, and browse through some of the most popular hashtags and users. Its key aim “is to make communicate with others easier,” Mio said.

Instagram originally grabbed Mio’s attention because of the “beautiful interface, simple designed user experience, but especially good filters!” A DJ in his spare time, Mio actively contributes to the community, uploading a couple of new photos a week to his account. He said his favorite hashtags are those that evoke “creativity and specific themes and smells of daily life,” such as rarely used Japanese hashtags #kogu撮り and #野菜シリーズ.

But his primary focus has been on making Webstagram even better.

Since its founding, Webstagram has spawned two offshoots: Search.Stagram, for hunting down photos related to a specific topic, and DM.stagram, which provides a way to send private messages to other IGers. In July, Mio also added a forum section.

Ultimately, Mio said he’d love to let visitors to his site upload photos to Instagram directly, and get notifications to let them know who liked a photo, wrote a comment, or started following them. (Instagram, however, does not allow third-party sites to do any of this.) He’s also keen to add more stat-driven features, like the one which displays the percentage of popular photos which use each filter.

The most surprising thing he’s learned through Instagram is how many IGers there are in Brazil and Thailand (more people come to his site from those two countries than any other, save for the U.S.), which highlights the truly global nature of Instagram’s community.

With Webstagram, he’s helping those users come closer together—one photo at a time.