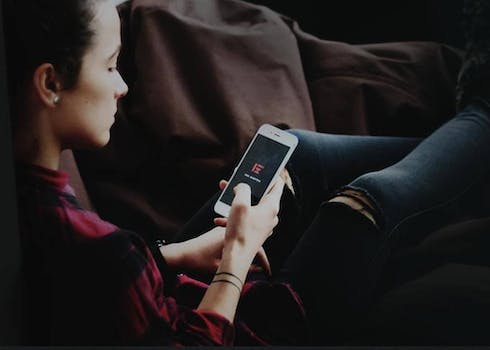 This app wants to save you from bad tattoos

Try it before you buy it.

Tattoos almost always represent something—on occasion, it’s a bad decision. Luckily bad tats can be a thing of the past thanks to an augmented reality app that shows exactly what a tattoo will look like before it’s permanently itched on the body.

InkHunter is essentially the fitting room for tattoos. Users draw a smiley face on their arm, which acts as a marker for the app to identify. With that in sight, the app is able to keep track of the spot so users can move their phone around the prospective area where the tattoo would go to see it from every possible angle.

Designs for the virtual tattoo can be chosen from the included gallery or sketched and uploaded into the app. If you can draw it, you can see what it would look like inked to your skin.

It’s a simple process for the person who wants to see what their tattoo would look like, but InkHunter CEO Oleksandra Rohachova explained to the Daily Dot that there is much more going on to make the point-and-shoot interface work so fluidly.

“Under the hood we developed three algorithms to make it possible,” she explained. The algorithms are used to create a transparent image from a black-and-white one, recognize the location of the handwritten smile on skin, and overlay the tattoo in as realistic a manner as possible.

And why does the app require users mark up their skin with a smiley face? Answer is simple, according to Rohachova. “We need to know at least four points of surface to overlay tattoo with perspective,” she said.

Born out of a hackathon and built by a small team of four students from Karazina University in Ukraine, the concept has gone from a prototype created in 48 hours to a full-fledged app. The beta version of the app launched in the fall, but a new and improved release has made InkHunter even better at what it does thanks to a refined recognition algorithm and tweaks to the overall user experience.

Rohachova said InkHunter is working with temporary tattoo services and tattoo artists to connect them with the app’s users. “In doing so, our app will become a funnel which starts with people who are just thinking about tattoo, and ends with those who are confident in the tattoo they want and artists who can get it done,” she said.

That will surely be a welcome function for wannabe ink aficionados who are wary of making the jump from concept to parlor chair.

Tattoos have started to lose some of the stigma attached to them and are becoming increasingly more popular; nearly one in four Americans has a tattoo. That figure that will only increase as younger generations are more likely to have at least one tattoo. A recent study found that as many as 47 percent of American millennials are inked.

But as more people take to the needle, so too are more looking to get rid of the tats they have. According to the London-based Premier Laser Clinic, there has been a 25 percent increase in removal requests in recent years.

Still, most people don’t regret getting a tattoo; a YouGov survey in 2015 found that just 24 percent of Americans and 19 percent of British adults with ink wished that they didn’t have it. InkHunter might push the numbers down further, saving at least a few folks from major mistakes.

Rohachova said the focus of InkHunter is solely on tattoos at the moment, but her company is looking at other applications for its technology in the future, including retail markets, games, and holograms.

For now, though, its primary goal is to make sure you can try before you buy on the one item that you can’t take back.