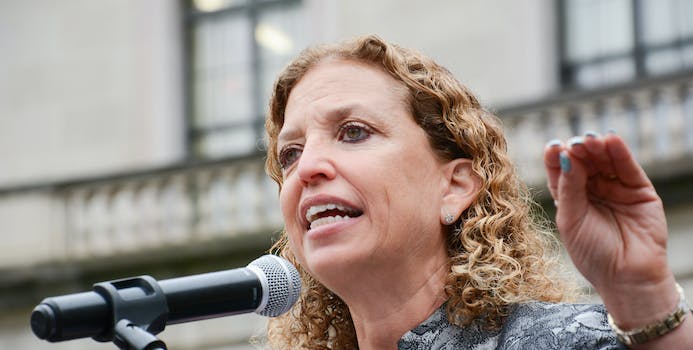 Just because the government let him off the hook doesn't mean the right is buying it.

One of conservatives’ favorite theories about the 2016 election—which has been used to cast aspersion on President Donald Trump’s own behavior in 2016—was debunked on Tuesday by federal prosecutors.

Imran Awan, a former IT aide to Rep. Debbie Wasserman Schultz (D-Fla.), pled guilty to lying on a home application, defrauding a federal credit union of over $150,000. Awan had been arrested last summer at Washington Dulles International Airport after wiring nearly $300,000 from Congressional Federal Credit Union to Pakistan. He was charged with bank fraud.

But Awan—because of his ties to Wasserman Schultz, who was the head of the Democratic National Committee when hacked emails were leaked—found himself in the past year at the center of fringe conspiracies, including claims that he used his security clearance to illegally access House servers and steal information.

Although never outright stated, because of his level of access, it was often insinuated he was part of the DNC’s hacked and leaked emails, which showed the DNC favored Hillary Clinton over Bernie Sanders in 2016. It was a firestorm that brought about Wasserman Schultz’s resignation as chairperson, and the president alluded to the theory on Twitter.

Just heard the Campaign was sued by the Obstructionist Democrats. This can be good news in that we will now counter for the DNC Server that they refused to give to the FBI, the Debbie Wasserman Schultz Servers and Documents held by the Pakistani mystery man and Clinton Emails.

Our Justice Department must not let Awan & Debbie Wasserman Schultz off the hook. The Democrat I.T. scandal is a key to much of the corruption we see today. They want to make a “plea deal” to hide what is on their Server. Where is Server? Really bad!

In their sentencing, prosecutors said theories that Awan disseminated information illegally had nothing to do with their case.

“The Government has uncovered no evidence that your client violated federal law with respect to the House computer systems,” the plea agreement to Awan’s lawyer states, according to NBC. “Particularly, the Government has found no evidence that your client illegally removed House data from the House network or from House Members’ offices, stole the House Democratic Caucus Server, stole or destroyed House information technology equipment, or improperly accessed or transferred government information, including classified or sensitive information.”

When Awan was arrested, the story exploded across conservative media, but today the government dismissed it. Of course, that Awan would be availed of the charges conservatives threw at him doesn’t mean he’s innocent in their eyes.