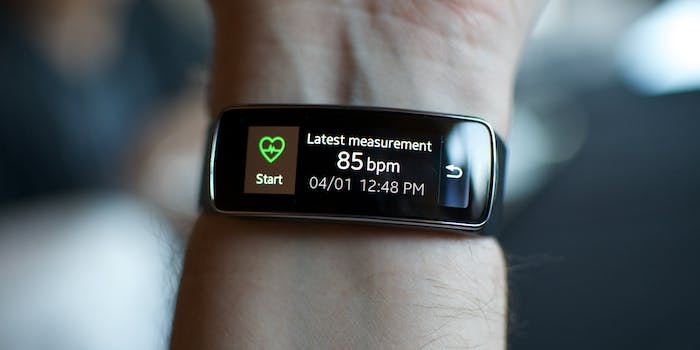 This flexible battery could be a tech game changer

Battery life in everything is awful. Imprint Energy is looking to fix that.

A startup is developing customizable, flexible, rechargeable batteries that can be used in smartwatches and other wearable devices.

Imprint Energy has raised over $6 million in funding from a number of prominent investors, including the CIA’s venture capital arm, according to MIT Technology Review.

One of the biggest issues with wearable devices is how to power them. Wearing a watch you have to charge every eight hours won’t appeal to most people, and solving that problem first would instantly turn a startup into a billion-dollar company.

Instead of working with lithium, the common power source in just about every rechargeable battery these days, Imprint Energy is using zinc in its batteries. Even though it is more environmentally stable than lithium, zinc hasn’t been used in rechargeable batteries due to issues that consistently caused zinc-based batteries to short out. Imprint Energy cofounder Christine Ho, however, developed a “solid polymer electrolyte” that greatly improves zinc-based batteries’ charging capabilities.

The advancements with zinc-based batteries could feasibly be applied to smartphones, tablets, and laptops. Companies have struggled for years to manage device weight and suitable battery life, and the demand for new technologies to fix the issues is at an all-time high.

“[W]hen we talk about the things that constrain us in terms of the development of new products, there’s really two that I lose the most sleep over these days,” Steven Holmes, Intel’s vice president of the New Devices Group and general manager of the Smart Device Innovation team told MIT. “One is batteries and one is displays.”

There hasn’t been a breakthrough in battery technology in years. If Imprint Energy can make substantial improvements on the current battery situation, hopefully we won’t have to run and find a charger after using our phones for six hours, and different variations of wearables outside of smartwatches can become a reality.