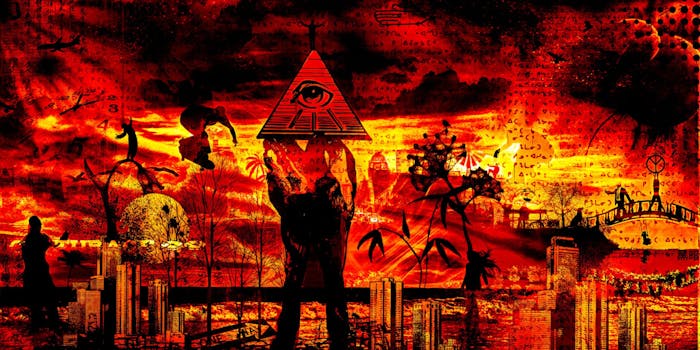 The terrifying truth about the Illuminati, revealed at last

In the dark corners of the Internet, the conspiratorial and paranoid have long whispered furtively about the Illuminati—shadowy puppet-masters pulling the strings of our society. But the horrors they speak of remain secret no longer: YouTuber Francis Higgins has masterfully deconstructed the daily facade that surrounds us and laid bare the true extent of the New World Order’s machinations.

Watch, and tremble in fear at the awesome power of our corporate overlords.