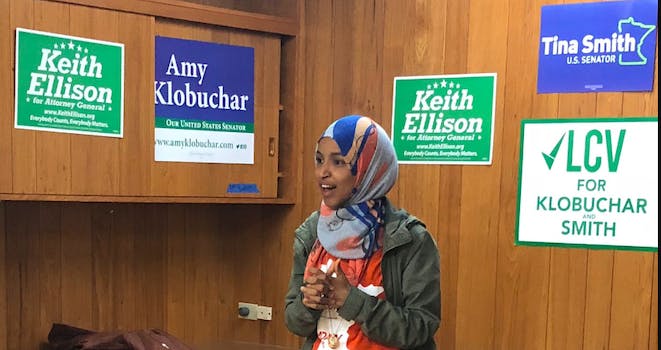 Omar is the first Somali-American elected to Congress.

Omar was born in Somalia; her family left in the midst of that country’s civil war and settled in Minneapolis after four years in a refugee camp in Kenya. Minneapolis has one of the largest Somali diaspora communities in the United States. The Cedar-Riverside neighborhood, where Omar grew up, is often called “Little Mogadishu,” nicknamed after the Somali capital.

The race was first called for Omar by Decision Desk HQ.

Omar faced scrutiny during her campaign; some questioned her immigration and marital status, others her use of campaign funds.

She ran on a platform that included Medicare for all, debt-free college, immigration, and criminal justice reform, fair and affordable housing, reducing military engagement and spending, gun legislation reform, and fighting climate change.

Omar tweeted her support after the race was called.

Omar will take office in January 2019.