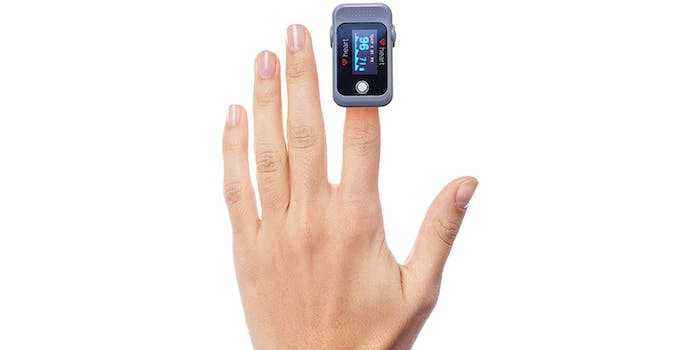 This little finger sensor will tell you how healthy you are

One measurement might be able to predict heart problems down the road.

Even if you eat your veggies, avoid nasty preservatives, and work out diligently every day, knowing how healthy you really are on the inside is kind of a crapshoot. A company called VitalSines wants to change that with a tiny finger clip called the iHeart, that the company says can tell you your “internal age.” 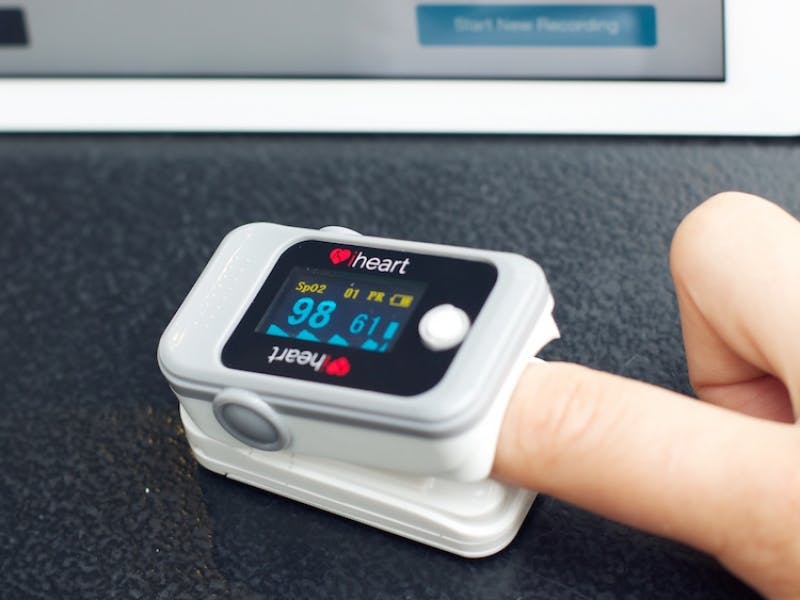 The iHeart clips onto the end of your finger, not unlike the sensors you would be equipped with when having an operation at a hospital. It can read your heart rate and blood oxygen level, which are fairly basic readings for a sensor like this, but iHeart’s real claim to fame is its ability to read something called aortic pulse wave velocity.

Pulse wave velocity is the speed at which your heart’s beats actually make their way through your circulatory system. It’s a test that is often used to measure how stiff your arteries are, and the results have been shown to have a direct correlation with cardiovascular issues: The stiffer your arteries are, the greater the chances that you’ll experience heart problems down the road. 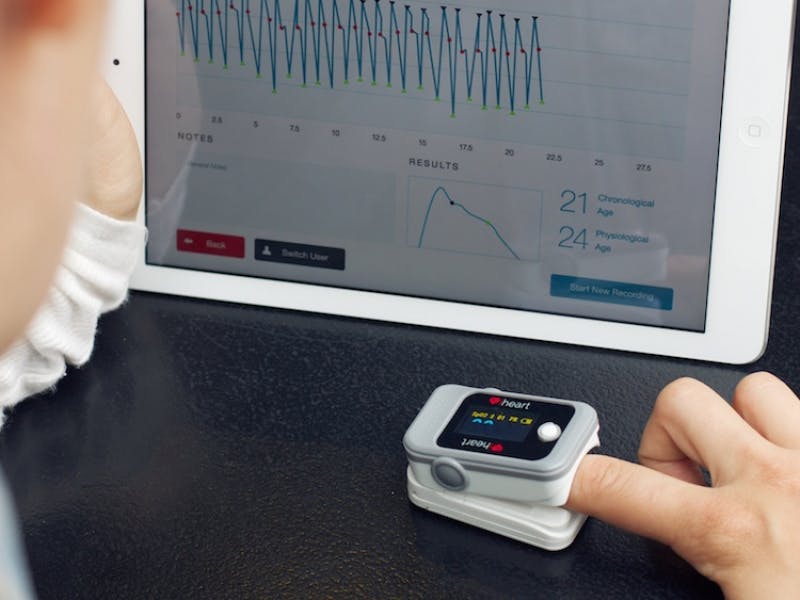 While the iHeart reads your vitals, it produces graphs on your iPad or iPhone via the companion app to show you how you measure up. Then, it produces what the company calls your “internal age.” This is really just a marker of how healthy you are overall, and while the age rating takes into account the scientifically supported vital readings, the actual assignment of an internal age can be dismissed as arbitrary.

Still, the iHeart seems to offer a comprehensive look at how your body is performing, even if it’s a bit too hardcore for your average fitness buff. The device costs $199, and that’s without the iOS device (yep, it’s iOS exclusive) to track your readings.