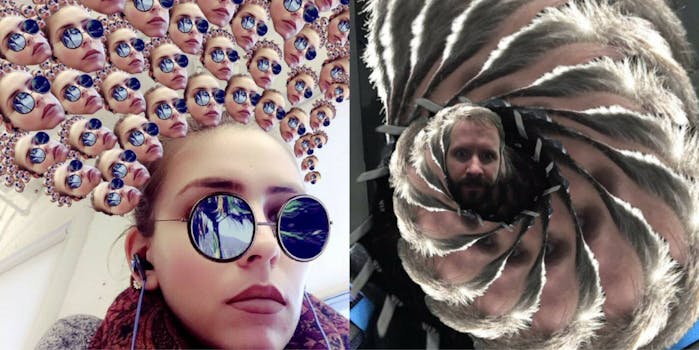 Snapchat announced the launch of a few new tools and features for users on Tuesday to play around with, and one of them, in particular, is already a massive hit with users.

A few of the features are pretty basic but necessary. Groups, for example, allows users to communicate in groups of up to 16 friends at once. Snapchat also enabled Shazam, which can be used by tapping and holding down the screen while it’s on the camera feature.

Then we have the Paintbrush Creative Tool, which can turn your Snaps in Memories into paintings such as Vincent van Gogh’s “The Starry Night” or Edvard Munch’s “The Scream.” It’s pretty much just a series of artsy filters that can only be used on Memories.

And then we have the real gem of this Snapchat update: the Scissors Creative Tool. Using the tool, users can cut out part of a snap and turn it into a sticker.

How to use Snapchat’s Scissors Creative Tool

It’s fairly simple to do. Once you take your Snap, tap the scissors icon and then outline the section of the Snap you want to make into a sticker. 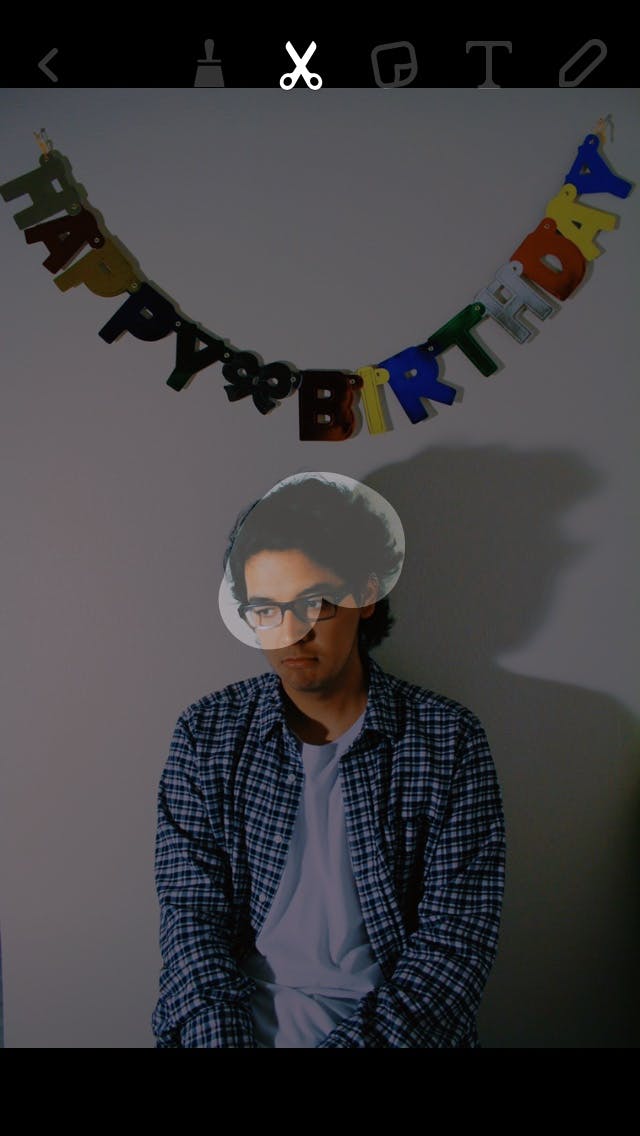 The tool uses some sort of edge detection, so there’s no need to finagle the outline. 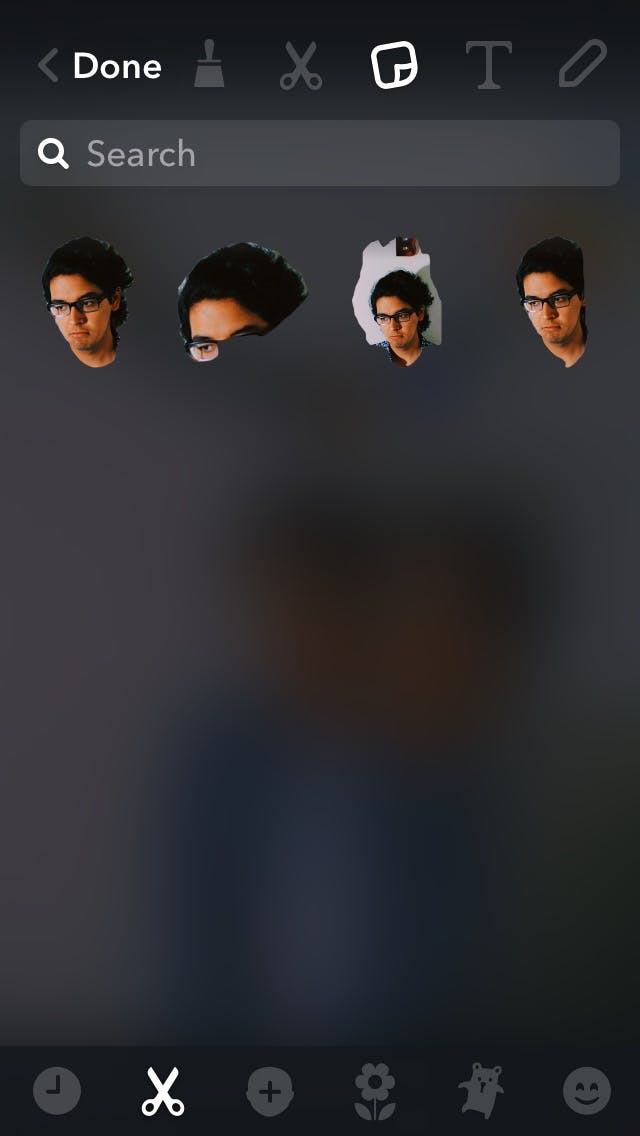 Then whenever you want to use that sticker, tap the emoji tool and select the sticker, resize as needed, and move it wherever you want it on the Snap. 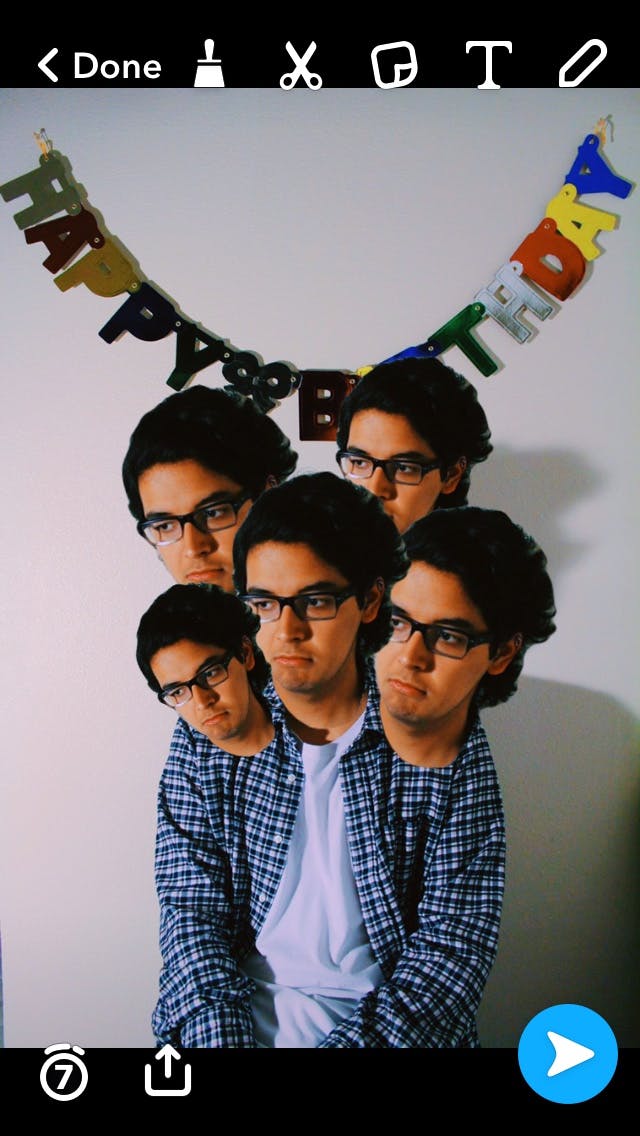 Keep in mind that any whole-screen edits you make to the Snap after you create the sticker, such as using the brightening or black-and-white filters, will not transfer onto the sticker. So before wasting all that time creating a masterpiece only to realize that your stickers look darker than your Snap, do those edits first and then make your stickers.

You can use the Scissors tool with Memories Snaps and with videos, too. You can’t scrub a video Snap to find the perfect frame to take the sticker from, but the Snapchat does pause the video once you start drawing your outline with Scissors.

Why you don’t have Snapchat Scissors

If you’re looking through your friends’ Snapchat stories and wondering why you don’t have the little scissors icon yourself, it’s most likely because you don’t have the latest version of Snapchat. For iPhone, that would be version 9.45.1.0, and for Android, that’s version 9.45.2.0. Simply go to your phone’s application manager, like the App Store or Google Play, and update your app.

While the Scissors tool has only been on the Snap market for the past day, users are already having a field day with the feature.

Yeah there’s no way this @snapchat scissors update is going to be any fun at all pic.twitter.com/FVzpAWO1UC

Snapchat is my favourite thing ever 😂 @Snapchat pic.twitter.com/E8gduwCwF8

OK, so people are really attached to the whole “unorganized face mashup” concept. But hey, it’s just a matter of time before this Scissors business begets us what could be one of the biggest memes of 2017.