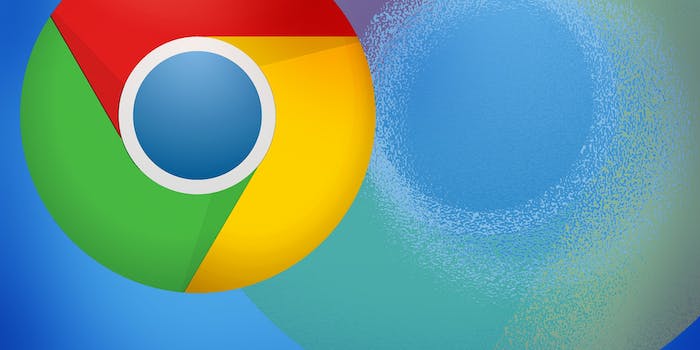 You can finally mute those pesky tabs in Google Chrome

Google adds one of the most-requested features to its Chrome browser.

Google has enabled a feature that it was once firmly against, allowing users to mute individual tabs with just a couple of button presses.

Earlier this year we reported on a workaround that allowed Chrome users to silence tabs separately, but Google has now enabled that feature by default for all users in the latest browser update. In February of 2014, Google’s stance on tab muting was much different than it appears to be today. At the time, this was Google’s official position, relayed by François Beaufort via Google+:

After much debate, we decided not to proceed with a tab mute control, as this crosses a very important line: If we provide Chrome controls for content, we’re implying that Chrome should take on a responsibility to police content.

Today, users are (rightfully) mad at misbehaving content for doing things like auto-playing annoying ad audio, but they should continue to pressure web site authors to change this behavior.  Also, some have pointed out that there is already a mute button to the right of the audio indicator (the “X”).  In all seriousness, note that many web pages will register onClose() events to monitor when users leave their site.  Thus, closing the tab will be a very strong signal to the web sites that their annoying ads are scaring all their users away!

For “behaving” content, we think it’s reasonable for a user to click on a tab and use the content’s media controls to stop playback.  In this case, a Chrome tab mute control would be redundant.  This redundancy is bad since it can confuse users (e.g., to play a video and forget that a tab was muted days ago); and, based on experience, confused users often report unexpected behaviors as browser bugs, which would be a big distraction to the Support and Eng staff.

The new Chrome update is a pretty clear indication that the company has changed its tune on the matter. We’ve reached out to Google for additional comment on the change in mindset and will update this story when we hear back. 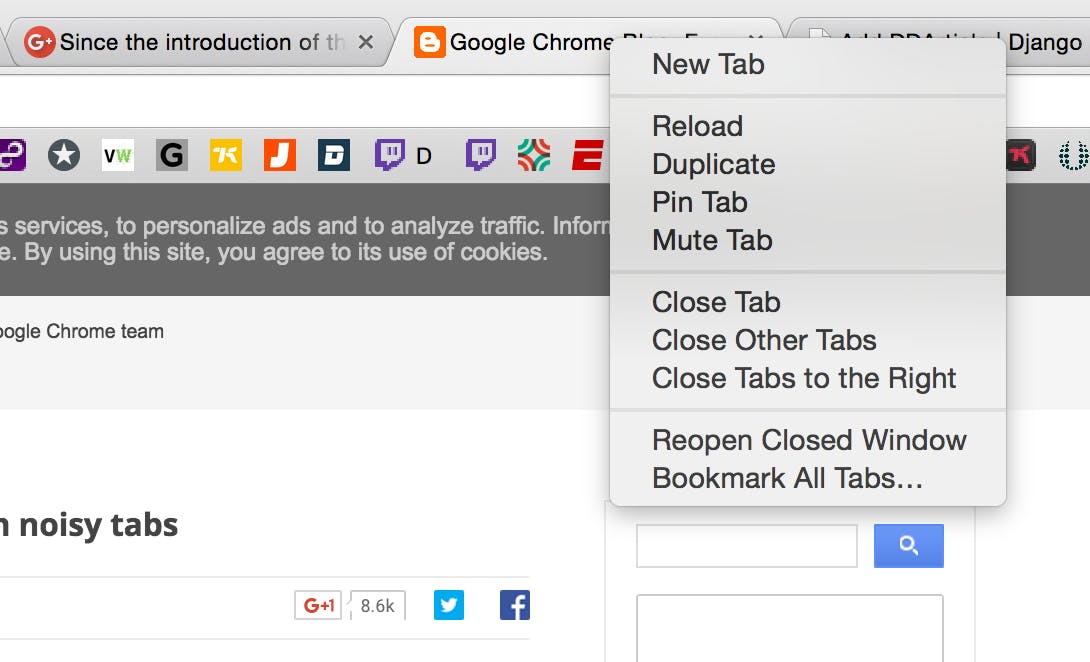 Actually utilizing the new tab mute option is as easy as right-clicking on a tab and then selecting the “Mute Tab” option. The tab will remain silent until you un-mute it, and a small mute indicator will remain on the tab in order to remind you.

Between auto-playing embedded videos and animated advertisements on many sites, adding a per-tab muting feature is something that seems like a no-brainer. Google might not want to appear as though it is policing the Internet at large, but giving Chrome users the tools to do the policing themselves is probably a safe move.