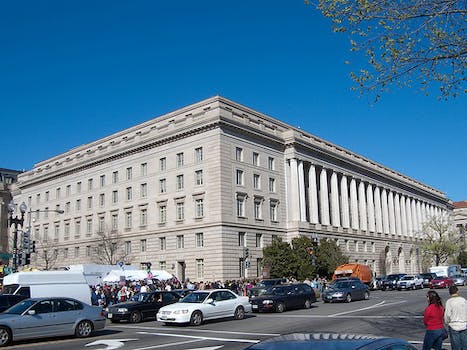 How to declare bitcoins on your taxes

Whether you cashed in or buttomed out, there's not a clear, defined guide to declaring activity involving the digital currency.

If you invested in Bitcoin in early April and sold all or some of that purchase off in the subsequent Bitcoin panic, chances are pretty good that you lost money. And, to add insult to injury, today’s tax day.

So how do you declare those losses?

The steep gain and big crash happened in the last couple of weeks, so unless you are filing on a fiscal year, those losses will need to wait until April of 2014 to be declared. But in the event that you lost any in 2012, or simply wish to get ahead of the game, we tried to find out how those losses would be treated by the United States Internal Revenue service (IRS).

On r/Bitcoin, Reddit’s forum for discussing the digital crypto-currency, user Micecream wrote, “I may be mistaken but I think people who lost money in the crash and have cashed out their BTC can count any losses towards a net capital loss for the year.”

On another thread, blackdawg wrote:

“I am confident that IRS would take the position that a gain caused by holding BTC would be taxable; so logically a loss caused by holding BTC would potentially be deductible. If the BTC was held for investment, I would treat it as a capital loss. If the BTC were held by an individual, unrelated to a trade or business, not for investment but merely to facilitate transactions, I would view that as a nondeductible loss.”

In a post accompanying the following infographic on the TurboTax blog, Josh Ritchie wrote, “if you buy and sell bitcoins it becomes a taxable income.”

The Bitcoin wiki has several things to say about taxes and bitcoins.

“Anything that you receive as payment for goods or services is generally taxable income unless it is specifically exempted. That means, if you mow your neighbor’s lawn, it doesn’t matter if he pays you $20 in cash, or $20 worth of bitcoins. (Or $20 worth of tomatoes for that matter).” So if you have gotten paid the equivalent of $1,000 in Bitcoin for your wages, you’d have to pay the same income taxes as you would if you were paid in dollars.”

There’s some confusion as to how the currency should be classified.

“In some jurisdictions, income earned through the process of buying and selling bitcoins would also be included in gross income, but would be treated as capital gains,” the wiki states.

Mining bitcoins, the process of creating of new blocks of the currency, is an even trickier scenario in terms of the tax liabilities.

“Since Bitcoins are currently traded in various online marketplaces,” wrote the Bitcoin wiki author, “when someone receives a Bitcoin, they can reasonably calculate it’s (sic) value in the local currency. Because of this, it is possible that the taxing authority will treat the receipt of a Bitcoin through a mining pool, or from an individual mining operation, as a taxable event…. When selling mined Bitcoins, however, you would also be taxed on the increase between the value you recorded them at when you first received them, and the value you sold them for.

The IRS itself does not have any “guidance” documents that they have issued to date on Bitcoin. It seems inevitable that an interpretive document will be issued in the next year, given the losses many have experienced. But for now, there is no cut-and-dried pronouncement from the authority responsible for collecting, and enforcing the collection of, taxes.

The IRS, H&R Block, TurboTax did not respond to requests for comment.