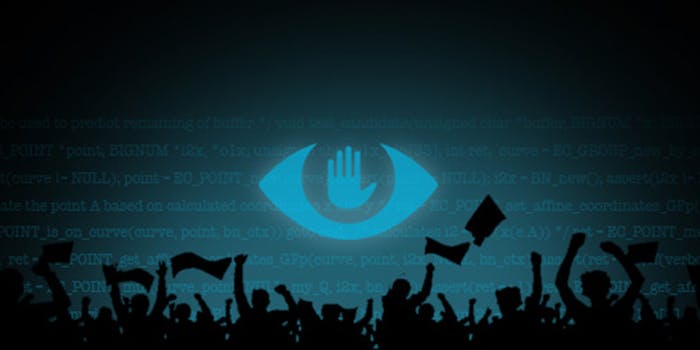 Here's how to use your site to protest mass surveillance.

The Day We Fight Back, scheduled for Tuesday, Feb. 11, is a massive online protest against U.S. government surveillance. It’s been compared to the organized blackout of major websites—including Reddit, Wikipedia, and Google—that helped defeat the controversial Stop Online Piracy Act in 2012.

Along with those tech giants, hundreds of individual anti-SOPA protesters spread their message by blacking out their personal websites. And they can do the same this Tuesday to protest the FISA Improvements Act and support the USA Freedom Act.

Web performance and security company Cloudflare is sharing an app that will automatically display a banner or pop-up on your site during The Day We Fight Back, encouraging visitors to call or email Congress about surveillance reform legislation.

Cloudflare users can install the app with a couple of clicks, and anyone else who wants to participate can grab the open source code on Github. 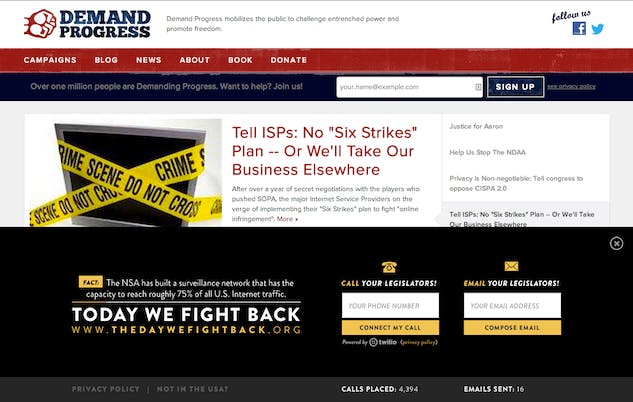 Those dedicating their websites to protesting mass surveillance Tuesday will be in the company of some Web giants, including Reddit, Tumblr, Imgur, Upworthy, and Mozilla.

The last such protest immediately swung sentiment in Congress against SOPA. Will Tuesday’s event do the same to the FISA Improvements Act?

Illustration via The Day We Fight Back