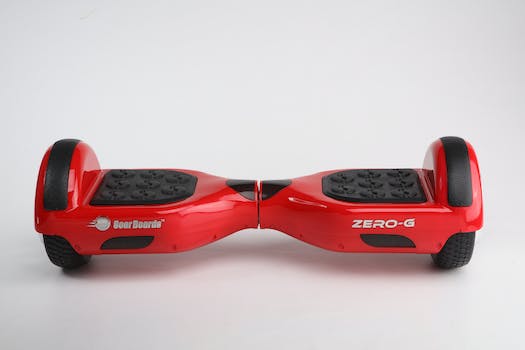 Cheap hoverboards keep exploding, and the damage costs are starting to add up

This is not the future we were promised.

Hoverboards are blowing up in popularity. They are also literally blowing up, at least in the United Kingdom. Multiple accounts of hoverboard devices exploding have been reported in the country.

There have been at least two cases of the popular two-wheeled devices experiencing electrical issues that result in explosions. In first occurrence reported on October 11, one of the rideables caught fire while charging in a bedroom and produced a loud bang. The two people in the house escaped through a first-floor window to avoid the blast.

Later in the month, a family in Kent had a similar experience that produced considerably more damage. The hoverboard was charging in the kitchen when it began flaming. The owner of the board told the Daily Mail he thought about attempting to put out the fire when a firework-like flare shot out. Moments later, the board essentially detonated like a bomb. The explosion resulted in nearly $40,000 in damages, though no one was injured.

The London Fire Brigade responded to both incidents, and told the Daily Dot that its investigations into the cause of the fires are ongoing but it believes the battery pack to be at fault. They also cautioned that it’s too early to say if the issue is specific to any particular model or brand of hoverboard.

Likewise, Electrical Safety First Media Relations Executive Christina Copp told the Daily Dot that the issue isn’t the board itself but the charging unit.

“There are no particular brands or models identified as being particularly prone to this problem, but it does seem to be revolving around the cheaper end of the market,” she said.

A spokesperson from the London Fire Brigade confirmed this, stating, “Our concern is that cheap versions of the product are available on the Internet and people are buying them without knowing how safe they are.”

The boards in question are believed to have been sold with substandard battery packs. When incorrectly charged, the packs damage the internal structure of the battery. Copp said this can result in thermal runaway, “where basically the battery starts to discharge into itself and heats up. As the battery heats up it releases further energy, which causes a further increase in temperature, releasing more energy and so on. This continues until the battery explosively ruptures.”

Both of the reported cases of explosions took place while the hoverboards were connected and charging, and the London Fire Brigade spokesperson urged any device owners to “especially keep an eye on their devices whilst they are on charge and not to leave them charging unattended or whilst they are asleep.”

But Copp said thermal runaway can occur even when the device isn’t plugged in—and will almost always lead to a rupture or explosion.

“This can happen extremely rapidly, or it can take hours, so it could possibly occur during use or even after it’s been stored away” she said. “This is a known issue with lithium ion batteries. Of course, this is not guaranteed to happen, but it is a significant risk, as we see more and more in the news.”

While the exploding boards have received considerable attention, in part due to the resulting destruction, there has been at least one other documented incident of what appears to be a similar incident. A Redditor going by the username /u/icefreez posted images of his hoverboard bursting into flames. In the captions of the images, he explains that the batteries exploded twice after the fire started, which is in line with what happened in the other occurrences.

If you have a hoverboard with a faulty charger, Copp warned there is “pretty much no way to avoid” the risk. “If you change the charger, you’ve still got a substandard battery unit, and the battery units are not intended to be user-replaceable,” she said.

In response to the recent issues, the city of Salford removed 90 hoverboards from a wholesaler in Greater Manchester area because of failure to comply with British safety standards. The boards were confiscated to be inspected further, but the Salford City Council declined to identify the wholesaler from which they were taken.

The London Fire Brigade expressed concerned with the holidays approaching that more of the low-quality might land in the homes of consumers without them being fully aware of the risks. ” If anyone is planning to buy a hoverboard as Christmas present, we’d recommend they purchase it from a reputable retailer,” a spokesperson said.

Copp concurred, stating, “We would advise to be careful buying them online and try to use reputable shops.”