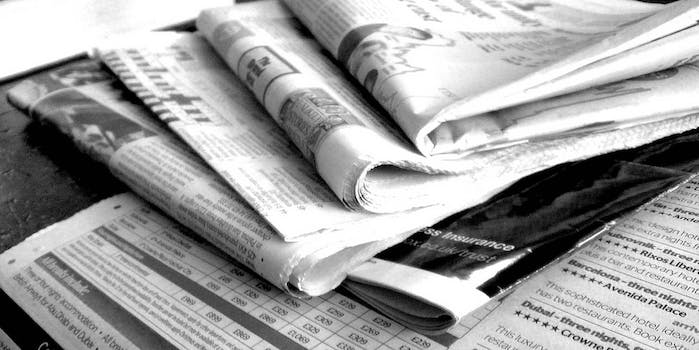 On Tuesday morning, the House of Representatives Select Committee on Benghazi released its long-awaited report regarding the 2012 attack on a U.S. embassy that led to the death of four Americans, including Ambassador Chris Stevens and an embassy staffer who was likely the greatest video game diplomat of all time.

This report is hardly the first government investigation into Benghazi. The intense, ongoing interest in the attack links directly to the person running the State Department at the time: 2016 presumptive Democratic nominee Hillary Clinton. As a result, perceptions of what went on in Lybia that fateful September night have splayed out predictably across the political spectrum.

Into this morass, which Democrats want to dismiss as a tempest in a teapot and Republicans want to use as justification for shooting Clinton directly into the sun, drops an 800-page report assembled by the GOP-led committee.

Given the partisan whirlwind, how does the media cover the release of the report? Well, each media outlet reported on the release in its own special way. Reading headlines about the report provides a window directly into a publication’s soul.

Many outlets led with the report being particularly damaging to the Obama administration in general, and/or Clinton specifically.

Some right-leaning publications shared a similar sentiment about the report being bad news for Clinton, but did so with less subtly and more “BEEEEEEEEEEENNNNNNNNNNGGGGGGGGGGHHHHHHHH (deep breath) AAAAAAAAAAZZZZZZZZIIIIIIIII!!!!!!!!!!!”

Others headlined their pieces to highlight how the report wasn’t particularly damaging to Clinton. Rejoice Democrats and post “Yaaaas Queen” gifs to your social media feeds. You’ve earned. 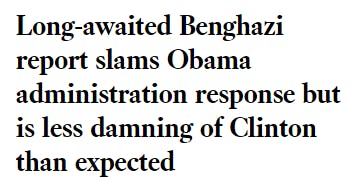 Some outlets went straight down the middle with provocative headlines trumping that the report is a thing that exists.

Another way to go was highlighting the controversy. The report was critical of Clinton, but it was written by Republican lawmakers, so, you know, take it with a grain of salt.

The most reasonable response, of course, was simply letting people know that the report was long as hell.

How did the publication you’re reading right now cover it?