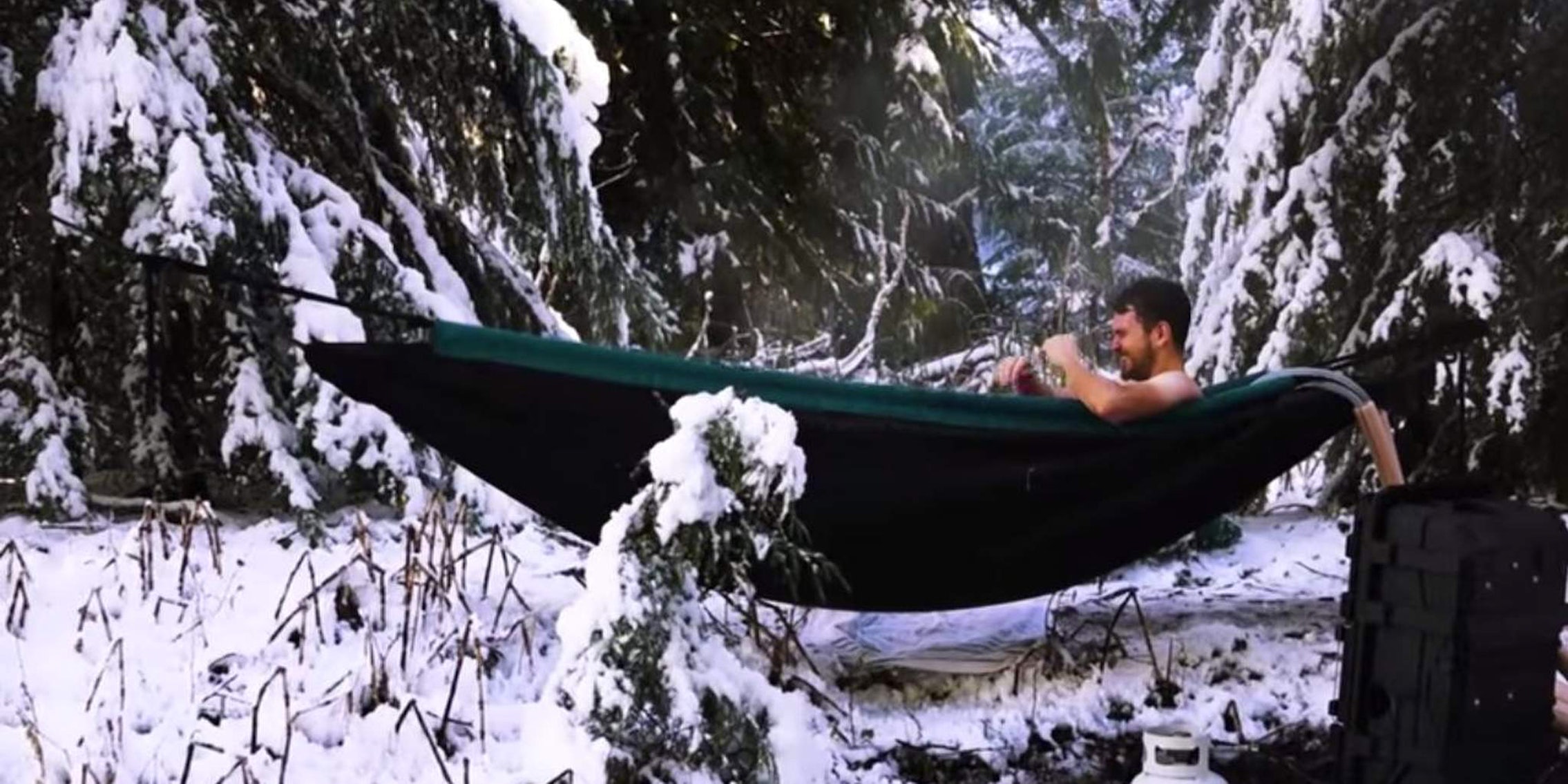 You got hot tub in my hammock! You got hammock in my hot tub!

Some things are meant to go together, like peanut butter and jelly, cookies and milk, and wine and cheese. A new Kickstarter for a combination of two relaxing venues hopes to add an item to that list: hot tubs and hammocks.

The Hydro Hammock, created by Benjamin Frederick, is currently about one-fifth of the way to its goal on Kickstarter. The idea is to turn the hammock into a heated envelope filled with 50 gallons of bubbling water. Toss a few humans into the boiling bag, and you’ll quickly test the structural integrity of whatever you’ve decided to tie it to.

The Hydro Hammock is made from a resilient, watertight synthetic fabric. Frederick suggests that it can hold over 700 pounds. A demo video shows it hanging outdoors during the winter, swinging from on a porch, and buried in the sand at the beach to create a personal water pit.

The video also shows up to three people in the waterlogged hammock at a time, and it gets weirdly sensual, too, with couples feeding each other chocolate-covered strawberries.

Frederick and his water-filled hammock are currently searching for $50,000 on Kickstarter. A $260 pledge gets you a hammock for one, while $390 gives you the double-capacity model. However, you’ll have to kick in $920 to get the additional water heater and pump to actually fill it with warm water. A $1,180 pledge gets you the whole shebang, which is a steep price for a novelty luxury item.

If you really want to go all out, you can pledge $5,000 to go spend a day with the Hydro Hammock team, with promise of “chocolate fondue and laughs.” Because if there’s one thing that goes perfectly with a hot-tub hammock, it’s chocolate fondue.