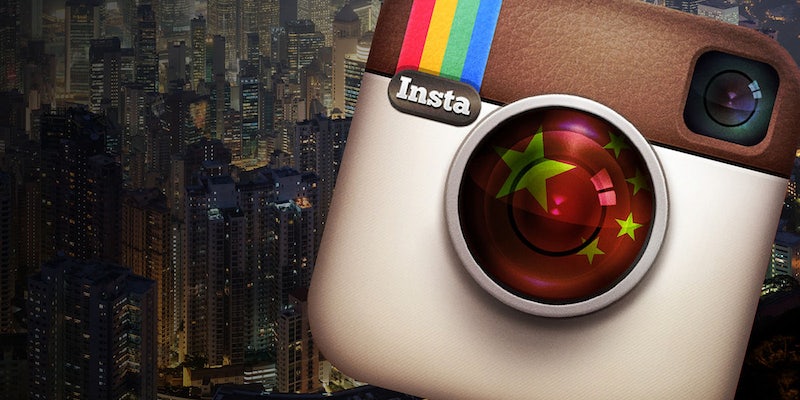 The photo-sharing platform is just the latest website to fall foul of the "Great Firewall of China."

Amid increasing unrest and pro-democracy protests in Hong Kong, photo-sharing platform Instagram has reportedly been blocked in mainland China.

Since 1997, Hong Kong has ultimately been under Chinese control, but allowed a high degree of independence over its internal affairs. But the decision by Chinese authorities not to allow the upcoming 2017 elections in Hong Kong to be fully democratic has sparked a series of protests over the last week of increasing intensity.

The protests are now being called “Occupy Central” after Hong Kong’s central district, as well as the #UmbrellaRevolution—referring to the widespread use of umbrellas by protestors. The authorities’ response to the protests has been at times violent, with riot police deployed, tear gas fired on the crowds, and 78 protestors arrested, according to a police press release, which describes the civil unrest as an “unlawful assembly” that “affects the rights and freedom of other members of the public.”

With photos of the unrest being widely shared across social media, Instagram has now been blocked in mainland China, according to monitoring sites and numerous media reports. China’s Internet is known to be extensively filtered by a sophisticated suite of censorship programs dubbed “the Great Firewall of China.” Instagram is still accessible within Hong Kong, however.

This new crackdown on reporting on the protests is reflected in the mainstream media in China; the BBC reports that newspapers on the mainland have “refrained from publishing photographs or giving details” of the unrest, and blame the protests on “radical opposition forces” which are “ruining Hong Kong’s image.”

Drone footage captured by Apple Daily has also been circulating on the Internet, showing the scale of recent protests and the widespread use of tear gas by authorities in an attempt to force the crowds to disperse.

Though Hong Kong has played host to previous bouts of civil unrest over the last 2 decades, there are suggestions that the current protests are of a different kind. “This protest is definitely outside of anyone’s expectations,” Human Rights Watch researcher Maya Wang told TIME. “Both the government in Hong Kong and in Beijing are going to have a huge headache on their hands.”