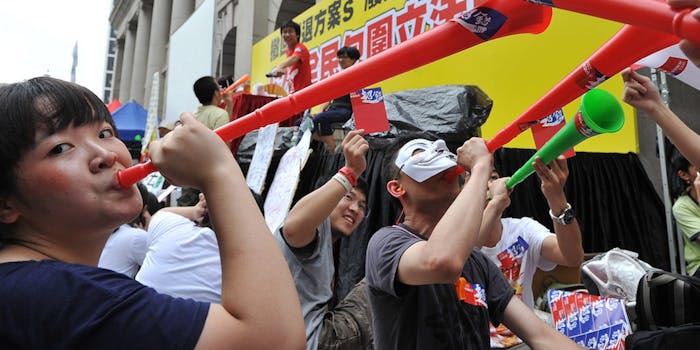 In the past few days, protesters have been demonstrating over a controversial decision made about Hong Kong’s 2017 elections.

Protests over democracy in Hong Kong reached an apex on Friday night when activists broke into the region’s main political compound. In the past few days, protesters have been demonstrating over a controversial decision made by Beijing about Hong Kong’s 2017 elections.


Hong Kong, a former British Overseas Territory handed back to China in 1997, has been a political focal point for the Chinese government in recent years. While under British administration, Hong Kong flourished in comparison to its economically constrained mainland under the Communist government.

When the handover in the 1990s was completed, China promised Britain it would let Hong Kong regulate most of its own affairs for at least 50 years and that it would be granted status as a “Special Administrative Region” of China. In recent years, however, those promises have begun to falter. This recent unrest revolves around Beijing’s refusal to allow the 2017 elections to be fully democratic. As a result, nominations for chief executive, Hong Kong’s head of government, would be approved by a nominating committee appointed by China.

In Friday’s protests, thousands of students skipped school to take part, and on Thursday university students besieged the Hong Kong Chief Executive CY Leung’s house over the issue. These protests are a lead up for a massive planned protest on Oct. 1, which hopes to blockade the financial district. Hong Kong is one of the major financial markets in the world.