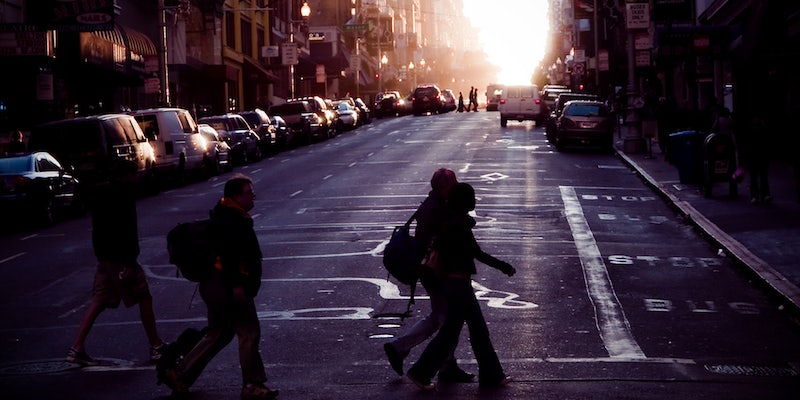 Honda is testing technology to alert drivers before they hit pedestrians

Warning: This story contains a video that plays automatically.

As cars get smarter, they also get better at avoiding collisions with each other. But what happens when a pedestrian finds himself staring at an approaching bumper? Honda is on the case.

The company has built a working prototype of an app-driven system that can prevent a cruising car from crushing an innocent bystander.

The concept, which Honda has been developing for several years, uses a pedestrian’s smartphone to send out a short-range radio signal that works with the test vehicle’s computerized safety systems. When the computer predicts that the car is about to hit a pedestrian, the vehicle alerts the driver with a message. The car will even automatically apply the brakes if the driver doesn’t respond in time.

As for the poor pedestrian, they will also get a notification that a potential collision is imminent, though the chances that they would be able to check their device and react in time are probably pretty slim.

It’s unclear at this point when Honda expects to bring this technology to market, but PC World is reporting that the system could be standardized by the end of 2015.