What would happen if a nuclear bomb went off in your city?

That’s the question Public Radio International (PRI) aims to answer with a new Web application built in remembrance of the U.S. bombing of Hiroshima, which took place 70 years ago today.

The app digitally simulates what the bomb that destroyed Hiroshima would do to any location you choose and visualizes the bomb’s far-reaching aftereffects.

Studies reveal that nearly everything within a one-mile radius of the bomb’s epicenter was destroyed on that fateful day, Aug. 6, 1945. Recent estimates found that 80,000 people were instantly killed. As radiation and other effects of the bomb took hold, the total number of deaths soared beyond 192,000. 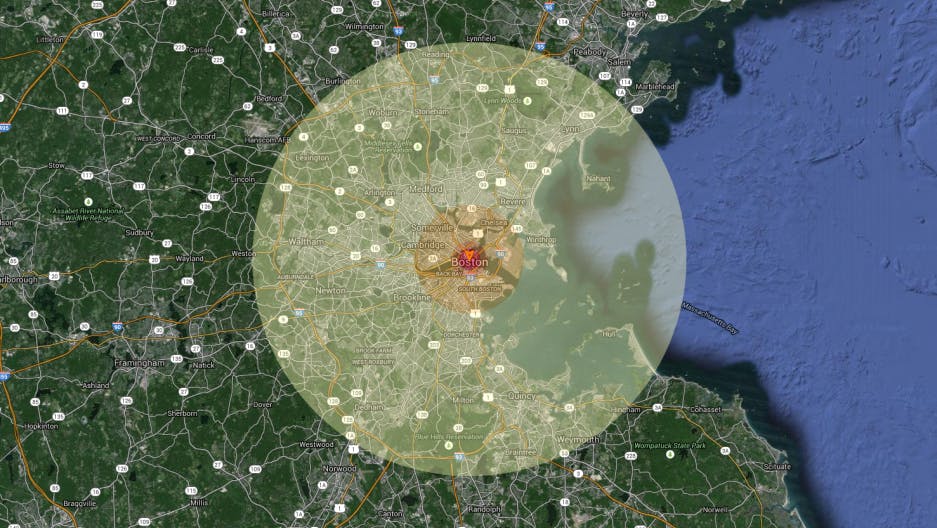 PRI’s bomb simulator is based on a number of various reports, including “The Atomic Bombings of Hiroshima and Nagasaki” prepared by the Manhattan Engineer District, a part of the Manhattan Project that created the atomic bomb; “The Effects of Atomic Bombs on Hiroshima and Nagaski” prepared by the United States Strategic Bombing Survey; and computed data in Medical Effects of the Atomic Bomb in Japan by A. W. Oughterson and S. Warren.

The estimation does not, they authors say, take into account the differences in geography and weather—not that either of those matter much if you’re near the deadly blast.