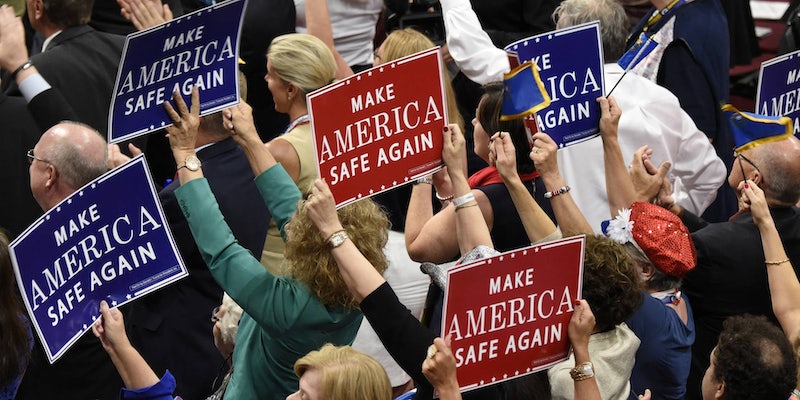 Hillary Clinton is still on the campaign trail while Donald Trump is expected to accept the Republican nomination for president this week in Cleveland, Ohio. But her campaign figured out a way to make her presence felt by purchasing anti-Trump geofilters for Snapchat.

Included in the trolling efforts is a filter with a police tape-appearance that reads simply “Stop Trump”—a message that was popular on the floor of the convention center on Monday, when elected delegates who align with the Never Trump movement attempted and failed to move to unbind their votes and allow them to offer support to an alternative candidate. 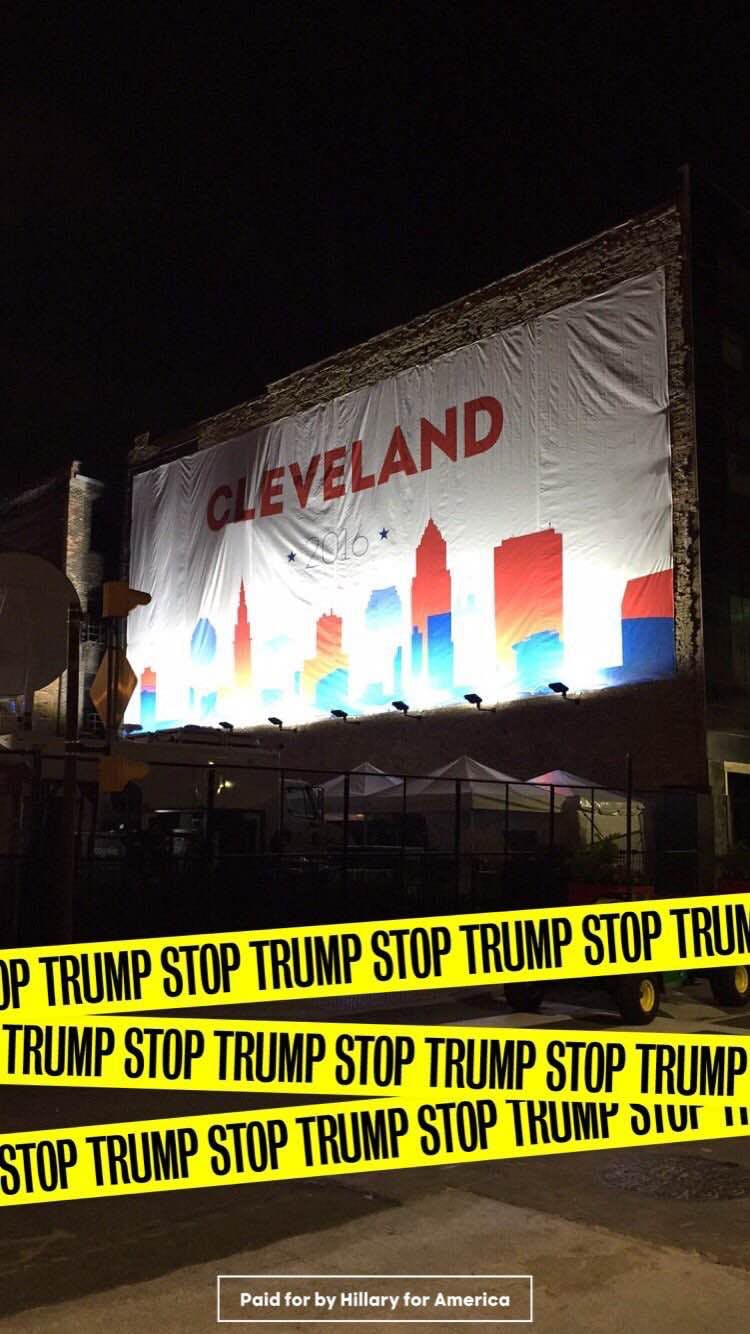 Another filter directly quotes former Republican presidential nominee and current governor of the state of Ohio John Kasich, asking, “Why would I feel compelled to support someone whose positions I kind of fundamentally disagree with?”

Each filter also sports the message “Paid for by Hillary for America,” which is sure to give anti-Trump Republicans a moment of quandary as they decide if they care enough to broadcast their opposition of the nominee through a filter that ostensively also shows support for the Democratic party nominee.

Anyone snapping photos or videos in and around Quicken Loans Arena, the site of the Republican National Convention, can scroll through the list of filters and find a variety of overlays—including the ones paid for by the Clinton campaign—to apply to their snaps.

According to a spokesperson for Hillary Clinton, the campaign plans to continue to use Snapchat as a tool to counter Trump and promote its own message. Aside from the filters, Hillary for America will use the Snapchat Story feature to highlight voter registration efforts and other campaign events in contrast to happenings at the Republican convention.

The Daily Dot reached out to the Trump campaign for comment but did not receive response at the time of publication.