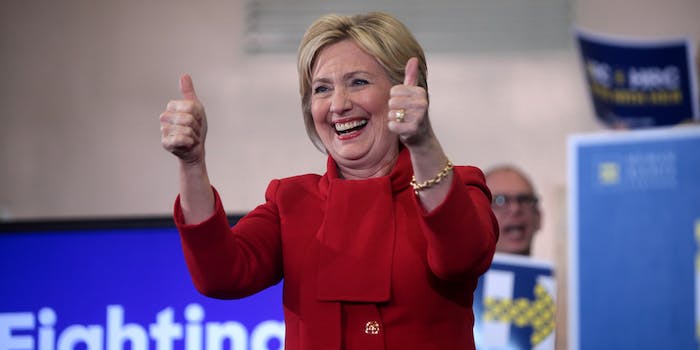 North Carolina gave Clinton the majority of 107 of its delegates.

The former Secretary of State bested Vermont Sen. Bernie Sanders 58.5 percent to 38 percent, giving her the vast majority of the 107 delegates in the Tar Heel State, which assigns them proportionally.

“We are moving closer to securing the Democratic Party nomination and winning this election in November,” Clinton told exuberant supporters in West Palm Beach, Florida.

Clinton consistently led Sanders by massive margins in North Carolina polling, with the race only narrowing to a 20-point gap a few days ago. Black voters make up 22 percent of North Carolina’s electorate, and African-Americans have overwhelmingly sided with Clinton.

Voters in Florida, Illinois, Missouri, and Ohio also cast ballots on Tuesday night. Republicans meet in Cleveland to pick their nominee in the second week of July, while Democrats meet in Philadelphia a week later.