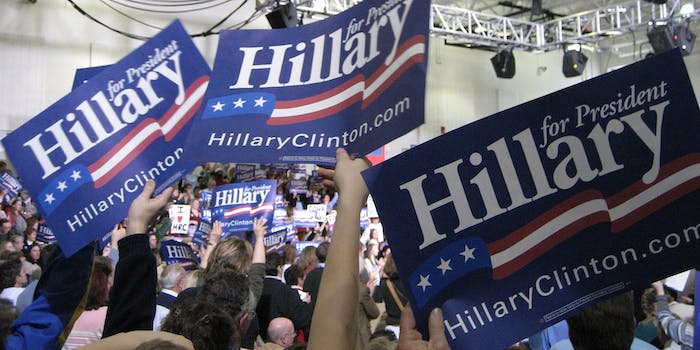 Pay equity is in the spotlight this week after Patricia Arquette’s impassioned speech at the Oscars on Sunday night. But one of the issue’s most vocal proponents and the Democrat most likely to win her party’s 2016 presidential nomination has a fair bit of explaining to do.

Hillary Clinton, who made wage inequality a major issue during her time in the U.S. Senate and in the lead up to the 2008 presidential campaign, paid women in her Senate office 72 cents for every dollar paid to men, the conservative Washington Free Beacon reports.

The disparity only grew as time went on. From 2006-2008, women earned only 65 cents for every dollar their male colleagues earned. 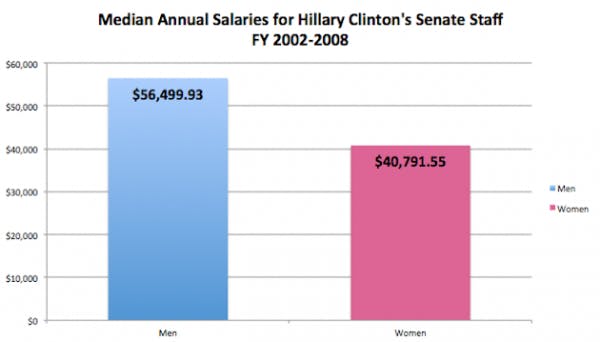 Last year, Clinton tweeted about women who were paid 72 cents on the dollar in 1994 and 77 cents in 2014, saying there was “more work to do.” It was one of her most popular tweets.

20 years ago, women made 72 cents on the dollar to men. Today it’s still just 77 cents. More work to do. #EqualPay #NoCeilings

As a senator, Clinton held hearings and introduced legislation to address the problem.

Clinton’s activism on the issue of pay equity raise the question of how she can explain her own numbers being lower than the national average. The likely Democratic presidential frontrunner has yet to comment on the Free Beacon‘s report.

Few sites outside the conservative blog world have picked up the story, even though it exposes a contradiction between what Clinton practices and what she preaches—making it exactly the kind of issue about which voters ought to be informed as election season ramps up.