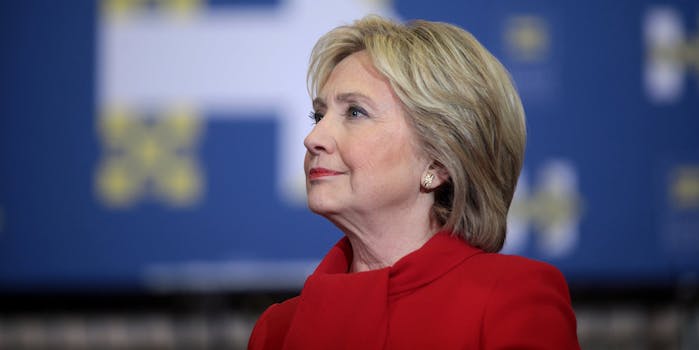 Echoing the wishes of Vermont Sen. Bernie Sanders (I)—who remains in the running for the Democratic nomination against Clinton despite falling behind in delegates—her initiative includes eliminating tuition at in-state public college for students whose families make less than $125,000 annually, a move that would offer free tuition to millions.

“College is a great investment—for students and our economy,” the Clinton campaign said in a statement on its website. “But it’s a major expense that holds many Americans back well into adulthood. The graduating class of 2016 is slated to be the most indebted in U.S. history—and loan balances are disproportionately high for low-income students, including students of color.”

According to Buzzfeed, the plan came as a result of a private meeting between Clinton and Sanders. While the initiative is not a full adoption of Sanders’ proposal, her plan embodies elements of his platform.

Sanders welcomed the plan, calling it a “bold initiative.”

“Let me be very clear,” Sanders said in a statement. “This proposal, when implemented, will revolutionize the funding of higher education in America, improve the economic future of our country and make life immediately better for tens of millions of people stuck with high levels of student debt.”

I applaud @HillaryClinton for the very bold initiative she has just brought forth for the financing of higher education.

While Sanders’ has openly praised Clinton’s ideas, he has not yet endorsed her for the presidency. “This is one issue—there are other issues,” Sanders said, according to the Wall Street Journal.

If elected president, Clinton’s plan would begin immediately for families earning $85,000 or less a year, and it would later expand to families earning up to $125,000 annually. The plan will be phased in the course of five years.

On the campaign website, Clinton claimed her plan would cover more than 80 percent of American families.

Clinton’s “debt-free college plan” would also impose a three-month moratorium on students’ federal student loan payments via executive action. During that time, Clinton says, the Department of Education will help borrowers refinance their loans to save money. Borrowers who fall behind on loan payments will be given more options to get back on their feet.

The move allows Clinton to support free tuition for many Americans while excluding the country’s higher earners. In November, the former secretary of state said she opposed Sanders’s free-college plan, noting that taxpayers shouldn’t have to pay to send the presumptive GOP nominee Donald Trump‘s children to college.

“I believe that we should make community college free,” Clinton previously said during a November Democratic debate. “We should have debt-free college if you got to a public college or university. You should not have to borrow a dime to pay tuition. I disagree with free college for everybody. I don’t think taxpayers should be paying to send Donald Trump’s kids to college.”