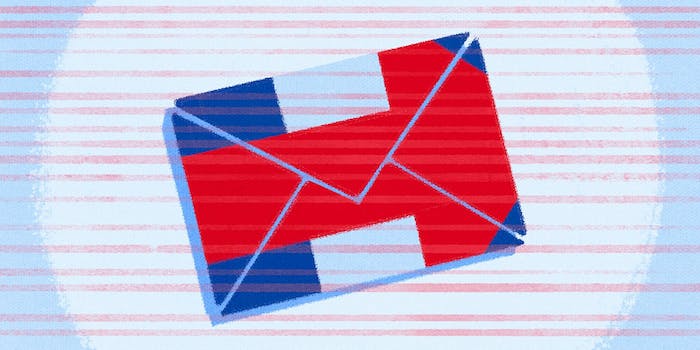 A spokesperson says she didn't fall for it.

Clinton, the frontrunner for the Democratic nomination for President, is currently under FBI investigation for having her staff use a private email server during her tenure as head of the State Department. That revelation has raised, among other concerns surrounding the sharing of classified information, fears that her and her staff’s emails were vulnerable to hackers.

The emails, sent on Aug 3, 2011, claimed to inform Clinton that the state of New York had caught her speeding a month earlier, and that she needed to print out an attached file—the ticket, the email claimed—and mail it to a town court’s post office box.

Conspicuously, five different email addresses sent Clinton that same message, all in the early hours of the same morning.

Two weeks after Clinton received those emails, security firm Sophos identified them as a “uniform traffic ticket malware attack,” and noted that the zip file that posed as the ticket was actually a Trojan virus.

A spokesman for Clinton’s campaign has said there is “no evidence” Clinton opened the emails or fell for the attack.