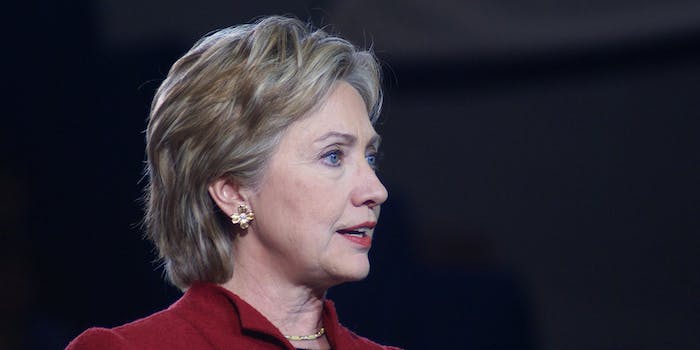 Recent polls have shown that voters are wary of Clinton's handling of the issue.

The government has discovered emails that Hillary Clinton did not turn over to the State Department, including messages she exchanged with Gen. David Petraeus during her first weeks as Secretary of State.

Clinton fought back against the suggestion that she intentionally withheld the emails on Meet the Press today, calling the idea a “conspiracy theory.” She blamed the disclosure problems on her lack of technical know-how and said that her response to the ongoing controversy over her use of a private email server has been marked by “more transparency and more information than anybody I’m aware of that’s ever served in the government.”

The email exchanges with Petraeus occurred in January and February 2009, when Petraeus was the commander of U.S. Central Command, and contained discussions of personnel issues, according to CNN. The messages were discovered by the Department of Defense and turned over to the State Department.

State Department spokesman John Kirby told CNN that the emails will be subject to Freedom of Information Act requests and that the department had informed Congress of the emails’ existence.

The investigation into Clinton’s use of a private email server during her time as Secretary of State has bogged down her presidential campaign. Recent polls have shown that voters are wary of Clinton’s handling of the issue. After several months of defending her email use, Clinton apologized to the public on Sept. 8 during an interview with ABC News.