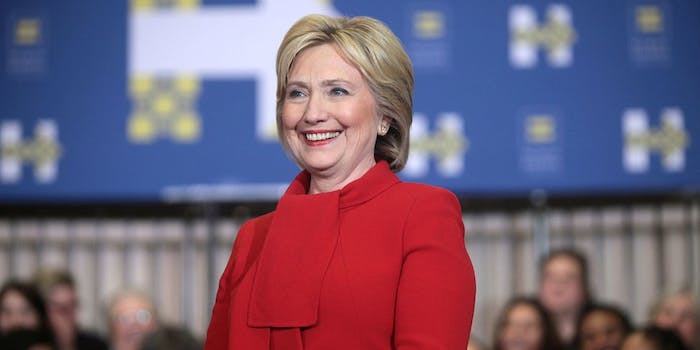 This Hillary Clinton birthday tweet is giving everyone 2016 flashbacks

The last time she made a similar tweet, it did not end well.

Former Secretary of State Hillary Clinton is getting mocked online after sending out a tweet that is suspiciously similar to one she made almost exactly four years ago.

“In two weeks, we could call this birthday girl Madam Vice President,” Clinton tweeted alongside a link to a voter registration site.

But the tweet was eerily similar to one made in 2016, when Clinton wished herself a happy birthday before calling herself the “future president” on Oct. 26, 2016.

As you’re likely aware, Clinton did not win the 2016 presidential election.

Twitter users were quick to remind Clinton of her previous remark. Conservatives argued that the tweet could be a harbinger of things to come.

Some even referred to the tweet as “The Birthday Curse,” arguing that Clinton was sabotaging Biden’s prospects as a result.

Not only was Clinton’s comment labeled a curse, others went as far as to describe her well wishes as a “kiss of death.”

“I am having so much 2016 déjà vu right now,” @Anthony_Koch added. “Why would you tweet this? Bad mojo. Maybe I’m too superstitious.”

“Siri, show me somebody who’s hilariously learned nothing in 4 years,” @NextLAMayor joked.

It wasn’t long before the thread was flooded with memes as well.

Although countless polls show Biden leading over Trump, many aren’t willing to declare victory just yet given the exact same thing happened in 2016.