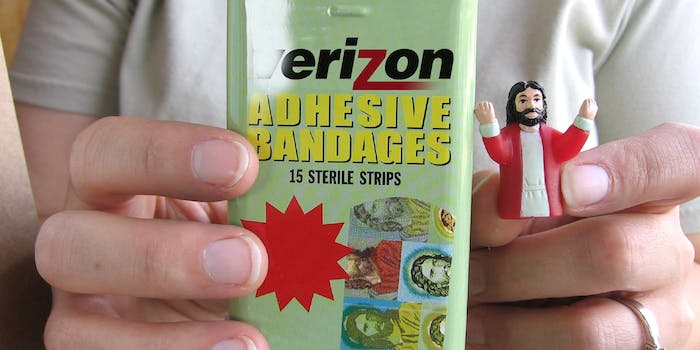 The news comes one day after President Obama said there was "no excuse" for the site's problems.

As if there was any doubt that the national Affordable Health Care Act’s website was still a work in progress when it launched, the government is reportedly calling on Verizon for help.

The department of Health and Human Services has hired the Internet service provider to help fix up Healthcare.gov, an unnamed source has told USA Today. The announcement isn’t yet official.

In a Sunday blog post, the HHS admitted that “the experience on HealthCare.gov has been frustrating for many Americans,” and that it would be bringing in outside help.

More than 19 million unique visitors have visited Healthcare.gov since it went live earlier in October, but under half a million had actually applied for coverage, the HHS said. The agency tried some methods to improve the user experience, like adding a virtual “waiting room” when service took a while, but noted that “many found this experience to be confusing.”

Healthcare.gov’s own blog post Monday wasn’t quite as defeatist, though it also admitted the site was “frustrating.” It also touted recent improvements, like the ability to preview prices and plans without actually creating an account—a previously-lacking feature that might address why so few visitors to the site actually ended up applying for coverage.

In a Monday speech, President Obama said there was “no excuse for the problems” the site had been experiencing and promised “it’s going to get fixed,” though he didn’t clarify how.

Verizon already has technology contracts with HHS regarding both Medicare and Medicaid, USA Today said.