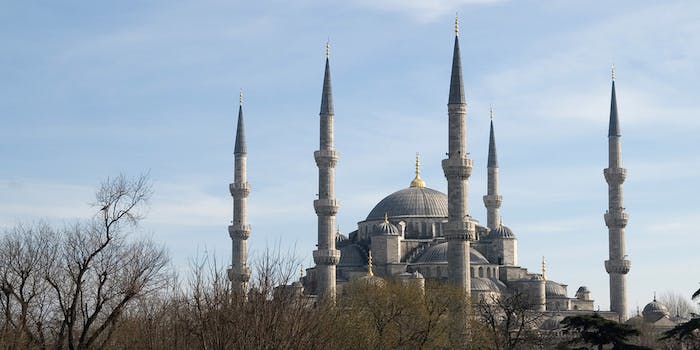 How does one have intimate fun within the bounds of Islam?

The site, which has already drawn impressive numbers, is the brainchild of entrepreneur Haluk Murat Demirel, 38, who according to a Reuters report found the average Web-based sex store too explicit for a Muslim audience: “Online sex shops usually have pornographic pictures, which makes Muslims uncomfortable. We don’t sell vibrators for example, because they are not approved by Islam,” he said.

But interest in female pleasure is not dismissed completely. You can buy “Scream Cream,” an all-natural lotion that, when applied to the clitoris, allegedly makes it easier for women to climax, in addition to a variety of lubricants and herbal aphrodisiacs. In the men’s aisle there are seductive fragrances and a “Rockhard Retardant Spray Pen,” which presumably makes one last longer. You can also pick up 12-packs of something called “Baggy Fiesta Condoms.”

The more interesting parts of the Helal Sex Shop, however, are the forays into sexual philosophy and theology. An etiquette section explains why sex is most spiritually pure when the woman is on her back, while another argues that, though it remains a gray area, there is no specific cultural admonishment against oral sex. Just don’t expect any normalizing of non-heterosexual orientations: Mainstream Islam still holds homosexuality (and even cross-dressing) to be sins.