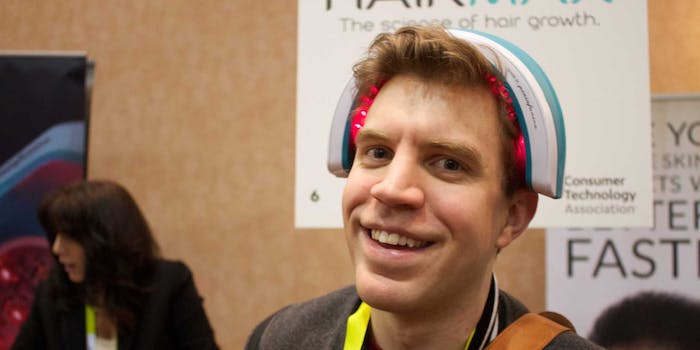 Lasers for growing hair, not removing them.

Trends always start to emerge over the course of the annual week-long Consumer Electronics Show. These recurring themes of technological advancement start to give people the idea that a concept or idea is officially “a thing.” At CES 2016, a particularly odd item emerged: hair technology.

A handful of devices on the show floor promised passersby—as well as consumers who may come across them in a search for a way to stave off baldness—a chance to cultivate a fuller head of hair.

Most popular among the group was the HairMax LaserBand. Priced at just under $800, the device has “As Seen on TV” written all over it, from its Tron-inspired design to the late-night infomercial-style claim to “stimulate hair growth” using lasers. 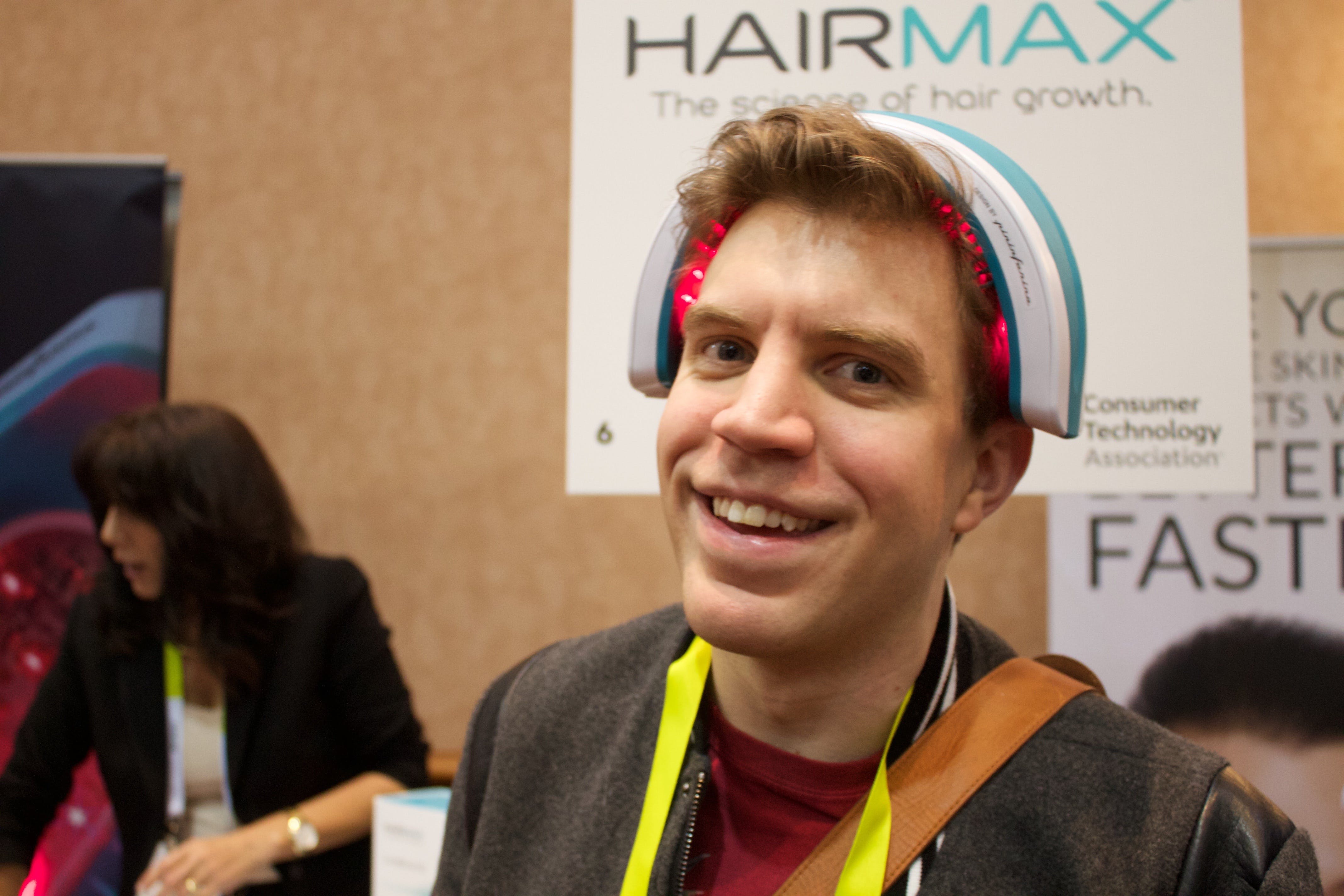 The concept is a reversal of what most people know lasers for. They’re most often used to remove hair, and there are a variety of gadgets that promise to do just that, with varying degrees of success. But HairMax and its competitors on the show floor like iGrow, promised the opposite, and cited clearance provided by the Food and Drug Administration (FDA).

Being FDA cleared is treated like a seal of legitimacy, and the company spokespeople made sure to drop reference to the status at every opportunity as a preemptive shield to any sort of questions that one may have about the devices. The FDA cleared it, so it must work, right?

HairMax, iGrow, and others that utilize similar technology aren’t lying when they say they have FDA clearance. HairMax has seven in total, but the label from the regulatory body doesn’t provide any guarantee to the actual success of the product.

To be given FDA clearance, a manufacturer simply has to show that its device is “substantially equivalent” to one that is already legally marketed for the same use. This is different from being FDA approved, which requires the manufacturer to provide reasonable assurance of the device’s safety and effectiveness. There is no such requirement for cleared products to pledge actual results.

Both HairMax and iGrow received FDA clearance through the 510(k) system, essentially the lowest of low bars when it comes to medical devices. HairMax got its clearance for its laser comb by claiming it to be similar to a laser device used to kill lice. That device earned the company a warning from the FDA because the marketed device differed from the cleared model in dose rate, method of delivery, and treatment parameters, but because of how the 510(k) system is set up, even when a product is found to be dangerous or ineffective, it doesn’t get removed from the FDA list of cleared products. 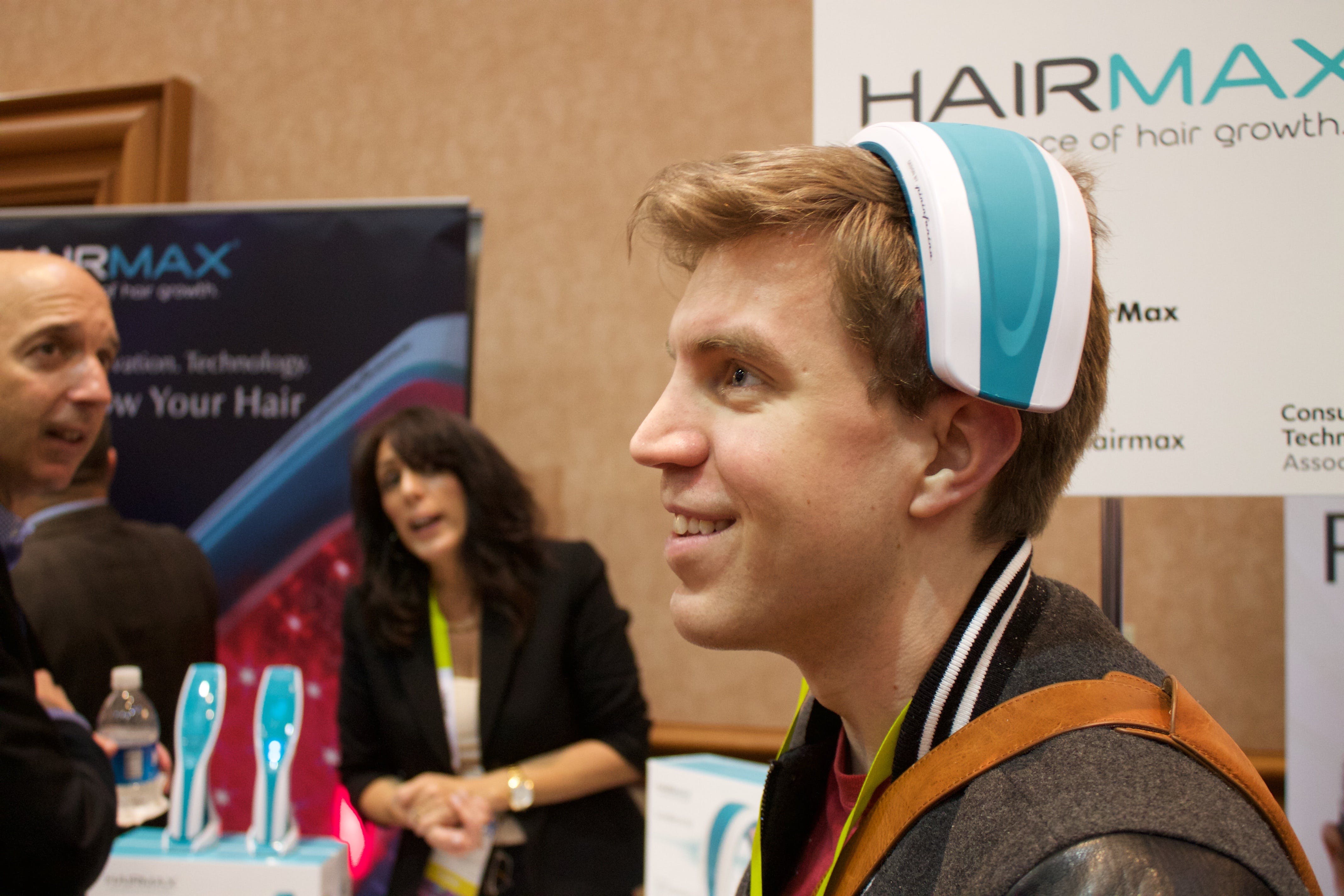 The LaserBand isn’t the same product as the company’s original, equally questionable LaserComb, but it shares enough similarities, including the same debate as to its legitimacy. HairMax’s LaserBand got its clearance in June 2014 for androgenetic alopecia—otherwise known as pattern hair loss—for both men and women, and the company provides its own research to back its claims.

Experts aren’t so sure. The American Hair Loss Association hasn’t endorsed any laser treatment for hair loss, and has gone as far as calling the method “dubious.” AHLA does state HairMax does “fantastic job of marketing their product,” which is true; aside from placing the LaserBand on the floor of CES, the company apparently ran ads for its devices on Rush Limbaugh’s radio show, which attracts a large contingent of older male listeners.

Dr. David Green, M.D., P.A., told the Daily Dot that there are a number of products that boast light-based technologies to improve hair growth—most of which provide no actual results.

“In my experience, there is no clinically significant re-growth of hair with any of these products, with long term or short term use,” Green, an expert in dermatology and laser surgery, said. In most studies in which patients are queried, Green said the placebo effect is as high as 33 percent and he would expect that most subjects would appear with “as much hair loss after months or years of treatment as they did before undergoing these treatments.”

Hair loss is not a result of insufficient light—laser, sunlight, or otherwise—to a person’s scalp, but rather is a genetic disorder. “Shining visible light onto the scalp cannot modify the genetic code at the locus of genes affecting Male Pattern alopecia” or any other alopecia, Green said.

Dr. Alan Feller, a member of the Coalition of Independent Hair Restoration Physicians, has stated his skepticism as to the legitimacy of any treatment method touting laser therapy methods. “Medical lasers work in only one way, and that is to deliver energy to a target. When it strikes the target the energy is absorbed and converted to heat. That’s it,” he wrote.

The reviews of the products are about as inconclusive as the studies surrounding them. On QVC’s website, HairMax’s LaserBand has a 3.1 out of five star rating, with nearly as many one-star reviews (170) as it has five-star (198). On Amazon, the LaserComb received a similar split—27 percent one-star reviews compared to 31 percent five-star.

Baldness is a condition that will assuredly affect me one day, if the shiny domes of most of the men in my family are any indication. When that day comes and my hair—which my stylist tells me is “thin but dense”—begins to disappear there is only one thing I will put on my head to cure it, and it won’t be the LaserBand, iGrow, or any of the other laser-dousing solutions from CES. It will be a hat.