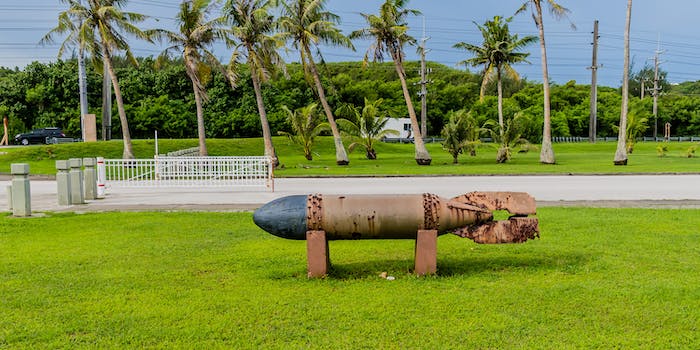 'Do not look at the flash or fireball—it can blind you.'

Guam, in the middle of President Donald Trump and North Korea’s continuing rhetorical war, issued guidelines on Friday for people to prepare for an “imminent missile threat.”

The two-sheet document was issued by the territory’s Department of Homeland Security. The information includes what to do during and after a blast, and what to do if you’re caught outside.

The official government tip-sheet comes as the rhetoric from both Trump and North Korea about possible war has escalated. On Friday, Trump said the United States military was “locked and loaded” in preparation of any attack, which came on the heels of him telling North Korea it would face “fire and fury” after any continued threat.

North Korea, in turn, has said it was targeting Guam, which houses strategic military bases for the United States military.

Here is the entire tip sheet issued by Guam: