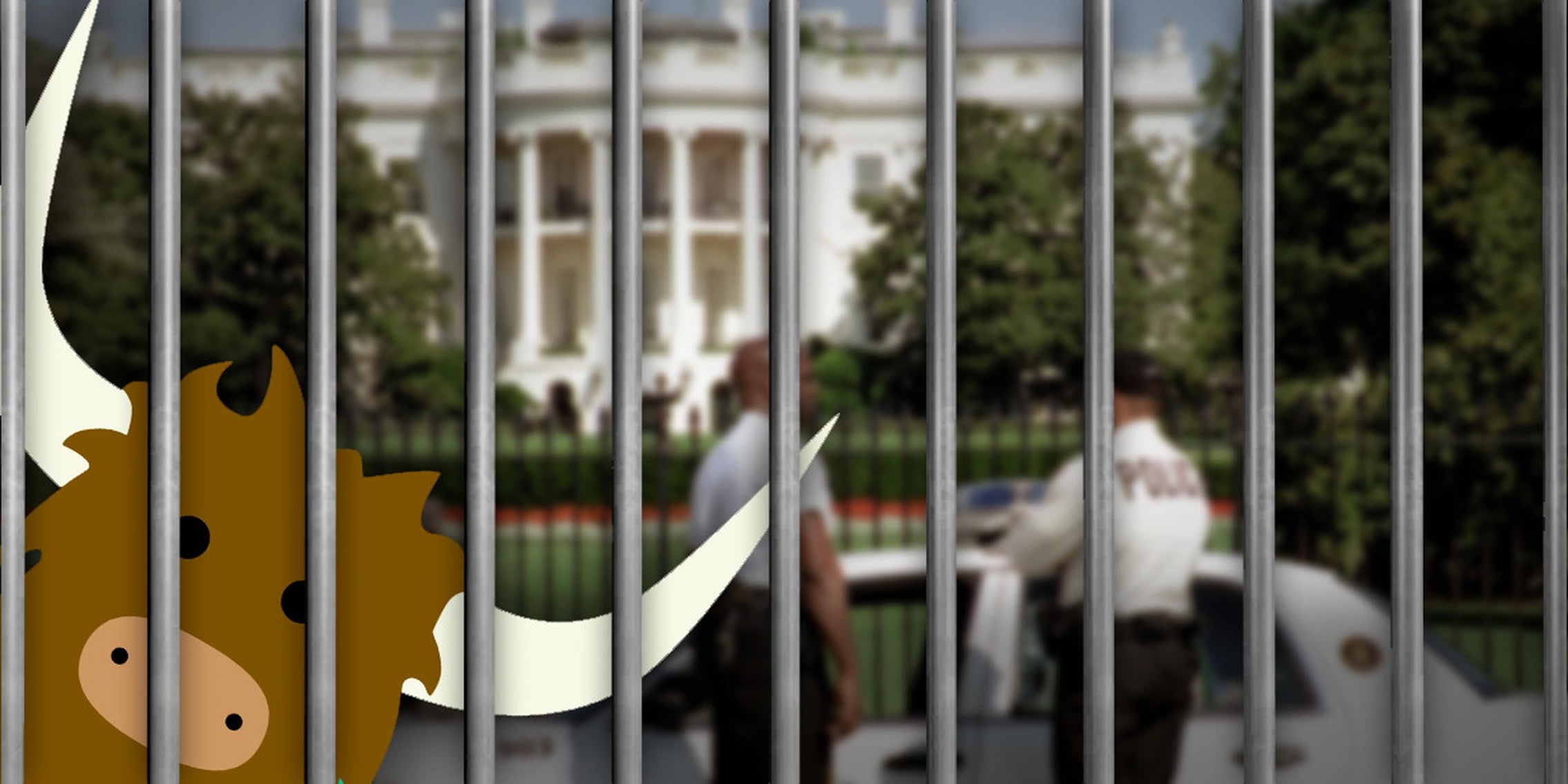 Is this the end of Yik Yak use at schools?

More than 72 organizations are asking the U.S. to hold colleges accountable for threats on Yik Yak.

Who is responsible when students use a social networking app as a burn book full of bullying, harassment, and threats?

According to colleges, it’s the app’s problem. But according to 72 civil-liberties groups representing women, people of color, the LGBT community, and religious minorities, colleges who don’t police cyber harassment are violating Title IX and Title IV that ensure students have a safe campus environment free from discrimination.

On Wednesday, the 72 groups sent a letter to the Office of Civil Rights (OCR) at the Department of Education, asking it to clarify university responsibility for harassment on anonymous social media apps like Yik Yak.

“Universities are responsible for sexual and racial harassment that occurs on these online platforms.”

“The fight to achieve equal educational opportunities is far from over,” said Feminist Majority Foundation (FMF) President Eleanor Smeal in a statement accompanying the letter. “No woman, person of color, or LGBT student should be afraid to go to college classes or participate in campus activities because they are being harassed or threatened to be raped or killed. This must end.”

Smeal further argues that universities must “let everyone know” that cyber harassment “will not be tolerated, instances will be investigated, and perpetrators will be held accountable.”

Alongside the FMF, some of the letter’s other 71 co-signers included Advocates for Youth, GLSEN, Human Rights Campaign, Leadership Conference on Civil and Human Rights, National Black Justice Coalition, Muslim Advocates, YWCA USA, National Disability Rights Network, and chapters of national groups like PFLAG and the National Organization for Women.

Yik Yak has been in the news all year as reports surfaced of terrorism threats, harassment targeting students of color and minority groups, and misogynist threats against campus feminist clubs.

At South Carolina’s Clemson University, just one of the many examples used in the letter, racists posts about black students led to protests and a potential Yik Yak ban this year. According to the OCR letter, some of the Yaks said things like: “The only thing n****rs are good for is making Clemson better at football” and “Jesus I hate black people.”

Black students at American University were so fed up with racist Yik Yak messages, they printed them out and posted them all over campus earlier this month. And just this week, a student at Texas A&M was taken into custody after posting veiled terrorism threats on Yik Yak warning people not to show up on campus during a specific time frame.

But it was one frightening incident in particular that spurred lawyers to first contact the Department of Education this spring. Attorney Alison Asarnow told the Daily Dot that her firm Katz, Marshall, & Banks filed an initial complaint after a feminist club at the University of Mary Washington became the target of hundreds of rape and death threats as well as comments tracking the locations of the group’s members.

Following these threats, one of the school club’s board members, 20-year-old Grace Mann, was murdered in a bizarre incident with unclear motives. Police didn’t connect the killing to the flood of Yik Yak messages targeting the club, but Feminist United members were terrified nonetheless. When they approached the university asking for protection, they were told that a social media platform was not the school’s problem.

“Universities are responsible for sexual and racial harassment that occurs on these online platforms,” Asarnow told the Daily Dot in a phone interview. “It is action that is happening on campus. And I don’t think they can be monitoring every website, but once it is brought to their attention, and its geographically limited to campus, they have an obligation.”

Bullying on platforms like Twitter or Facebook is one thing. But Yik Yak’s uniquely localized features mean that if someone is harassing or threatening a fellow student, chances are likely that person also knows where to find their target physically. In the case of Feminists United, Asarnow said, some of the scariest messages contained information about where to find a specific member at a specific time in order to harass them in person.

“Guarding against misuse is something we take incredibly seriously, and we’re constantly working to enhance our protective measures.”

“When Feminists United told the UMW administration that our members were feeling unsafe in light of the threats and hate being propagated on Yik Yak, UMW offered us no real solutions or protection,” Julia Michels, president of Feminists United at University of Mary Washington, said in a statement. “Instead, we were told that the First Amendment prevented the school from taking action and that we should report the abuse to Yik Yak. The burden was placed on us—the targets—to protect ourselves even though the school has both the resources and the responsibility to create a safe campus for everyone.”

UMW President Richard Hurley denied the administration’s inaction in a public letter released to the press in June. Hurley claimed he investigated the incidents, consulted with the school’s lawyers, and provided security for one of the Feminist United members. But the students and their attorneys said the school did not take enough action to protect them. Hurley himself cited First Amendment concerns that led to his decision not to ban the app from campus.

Yik Yak, as a company, is already painfully aware of the potential an anonymous student-focused social network has for negative uses. In the past couple of years, the app has been used for so many cases of bullying and threats that the company has banned itself from countless schools and, during early 2014, the entire city of Chicago.

A spokesperson for the app told the Daily Dot that they’ve been working to increase features intended to prevent further incidents.

“Guarding against misuse is something we take incredibly seriously, and we’re constantly working to enhance our protective measures,” Hilary McQuaide, Yik Yak’s director of communications, said in an email. “Today, we have a number of safeguards in place like filters, pop-up warnings, in-app reporting, moderation, and suspensions.” McQuaide added that the company is working to “natural language processing and machine learning techniques” to further combat threats and harassment on its social network.

“Encouraging a positive, constructive, and supportive community environment on Yik Yak is a top area of focus for us,” she said.

Asarnow’s firm also reached out to Yik Yak to request a meeting. She said that negotiations were important because “lawyers are not necessarily aware of all the tech solutions that might be out there.” But so far, it seems clear that the anonymity aspect of the app lends to a lack of accountability for users who feel free to say whatever they want, about anyone, without repercussions.

In the meantime, Yik Yak is doing what it can to keep up. McQuaide said that the company cooperates with law enforcement whenever the slightest threat arises: “We may provide information without a subpoena, warrant, or court order when a post poses a risk of imminent harm.”

One saving grace for those who are threatened through the app is that Yik Yak anonymity is only surface deep. Every Yik Yak account is attached to a user’s phone number, so if police want to find an attacker, chances are they can.

That’s what happened when Texas A&M student Christopher Louis Bolanos-Garza posted what seemed like a terrorism threat to the app. Yik Yak supplied police with the cell number used to set up the account, and Bolanos-Garza was arrested and charged with making a terrorist threat this Tuesday.

Responding to threats after they happen isn’t ideal, however, especially in cases like the death of Grace Mann at the University of Mary Washington. That’s why the 72 organizations are asking the Department of Education to make it clear exactly what schools have to do at the first sign of a threat.

“These are issues that really tear communities apart offline as well as online.”

According to the OCR letter, that action might include geofencing out all anonymous social media apps, banning such apps from connecting to campus Wi-Fi, and quickly investigating and initiating campus disciplinary proceedings against individuals engaging in online harassment regardless of whether the harassment was under the guise of anonymity.

Being that Yik Yak’s popularity is tied to campus use, increased geofencing—or outright bans—on a national scale could dramatically force the company into a new direction.

“Yik Yak has used the aspect of community in its marketing, but what you see is, it ends up being the majority against women, minorities, and driven by popular opinion,” said Asarnow. “There’s not a lot of recourse for people being trashed. It’s not just at Mary Washington, it’s across the country. These are issues that really tear communities apart offline as well as online.”