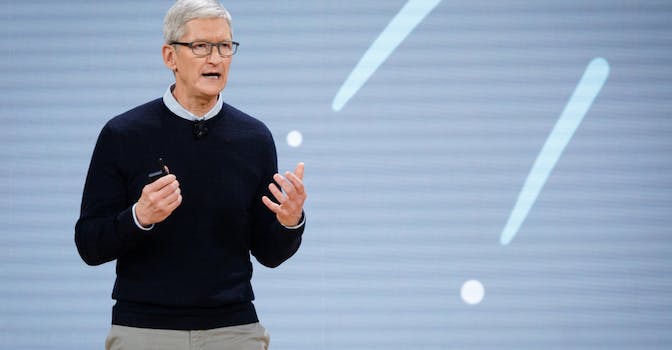 Apple CEO and staunch data-privacy advocate Tim Cook called for a comprehensive data privacy in the United States and elsewhere in the world this week. In his keynote speech at an international privacy conference in Brussels, he stressed that this federal law should stem from fundamental human rights. While Cook may sound protective of everyone, he’s particularly interested in his customers.

The recent release of Apple iOS 12 promised to “make your iPhone and iPad experience even faster, more responsive, and more delightful.” A recent update also prevents an iPhone-hacking third party like Grayshift to dig into your device. This Atlanta-based startup company created “GrayKey,” that pledged to help the government in cracking the passcodes of iOS models.

But with Apple’s tremendous investment to protect its users, various sources told Forbes that “GrayKey” can no longer access the passcodes of any iPhone devices with iOS 12 and above. The forensic community also said that police forces using the GrayKey could only do “partial extraction” of unencrypted files and some metadata (file sizes and folder structures). Minnesota Police Officer Captain John Sherwin told Forbes that iOS 12 stopped them from unlocking iPhones.

According to a report from Vice in May, at least five states and five federal agencies procured GrayKey. While in the United Kingdom, Wired discovered that three police forces are upping their game by investing thousands with the same tech as part of criminal investigations. Scarlet Kim, a legal officer at the charity Privacy International, told Wired that police forces have secretly purchased and deployed equipment. She added: “Given the intrusiveness of the technology, there are certain baseline safeguards that need to be introduced.”

In 2016, Cook together with other tech industry leaders in Silicon Valley and allies in civil society denounced the request of the federal government to add “backdoor” encryption. Apple made it a crusade to protect files on an iPhone following the 2015 San Bernardino terrorist attack, which prevented the Federal Bureau of Investigation from accessing the shooter’s device. Stanford computer scientist Jonathan Mayer wrote on Boing Boing that the implications of adding a backdoor technology would “introduce unquantifiable security risks.”

Then-President Barack Obama weighed in during SXSW in 2016, saying that “I am of the view that there are real reasons that we want to make sure the government can’t willy-nilly get into everybody’s iPhones.” He conceded that there are real questions to answer, like “[H]ow do we apprehend the child pornographer? How do we solve or disrupt a terrorist plot? What mechanisms do we have available? If the government can’t get in, then everybody’s walking around with a Swiss bank account in their pocket. There has to be some concession.”

For Apple, whatever that concession looks like does not include GrayKey.