In what can only be a technical glitch or a sad piece of wishful thinking, a search of “Guantánamo Bay detention camp” on Google Maps reveals that the military prison has been “permanently closed.” Which probably comes as surprising news to those being indefinitely held there, as well as President Barack Obama, who has spent his entire presidency promising— and failing—to shut down the controversial facility, an emblem of the U.S. “War on Terror.” 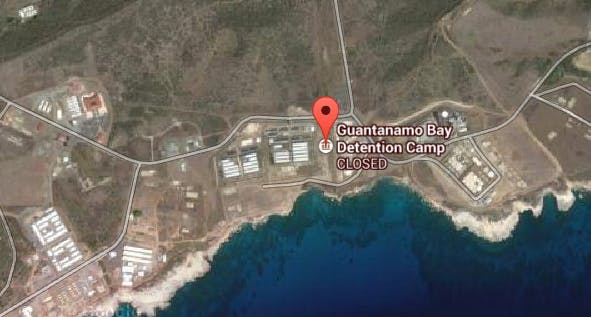 Guantánamo Bay detention center is so not closed that more than 140 people will remain imprisoned there even after 74 inmates are transferred to other prisons or allowed to return home.

Amazing to think that Google, which tends to indicate an establishment’s closure only several months after you tried to meet a date there and found nothing but a pile of ash and rubble, would jump the gun on this change. Then again, the Gitmo debate has had more than its share of twists and turns. Plus, it’s been a while since someone submitted a joke review about the place.

In the end, who’s to say what “open” even means? I mean, have you tried just walking in the front door? Not as easy as it sounds.