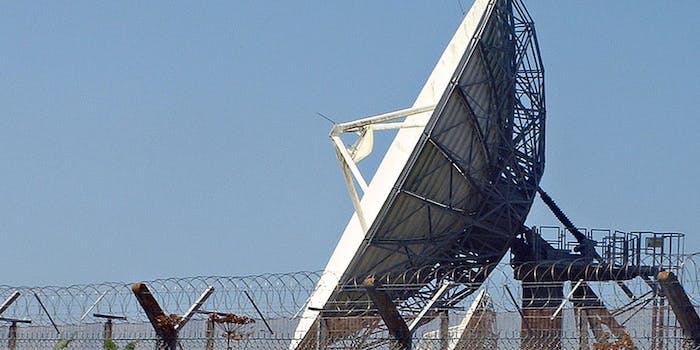 On the occasion of a worldwide Web protest, the company plants its flag.

Susan Molinari, VP of Public Policy at Google, today released a statement solidifying the tech giant’s support for the USA Freedom Act, a bill aimed at substantially reforming the practice and culture of government surveillance.

The blog post, which coincided with the global Web protest “The Day We Fight Back,” argues that surveillance agencies and programs “should operate under a legal framework that is rule-bound, narrowly tailored, transparent, and subject to oversight.” To that end, Molinari wrote, Google would “urge Congress” to enact sweeping legislation proposed by Representative Sensenbrenner (R-Wisc.) and Senator Leahy (D-Vt.) into law.

The USA Freedom Act, or the Uniting and Strengthening America by Fulfilling Rights and Ending Eavesdropping, Dragnet-Collection and Online Monitoring Act, enjoys significant bipartisan support and boasts more than 100 co-sponsors. If passed, it would presumably mean an end to the bulk collection of American citizens’ metadata. It would also give Google more leeway to publicly describe the government’s demands for information.

But Google isn’t stopping there: They’ve also called for an update to “the Electronic Communications Privacy Act (ECPA)” that would “require governmental entities to obtain a warrant before they can compel online companies to disclose the content of users’ communications.” In other words, Google doesn’t want to be complicit in the state’s spying on their customers unless the state has a good reason. Such legislation, now circling the House, has garnered more than 100,000 endorsements from corporations and citizens alike.

Sure, it feels a bit strange for one Big Brother to be defending us from another, but the legal growing pains that come along with the Internet’s staggering expansion over the last decade make for strange (and intriguing) bedfellows.