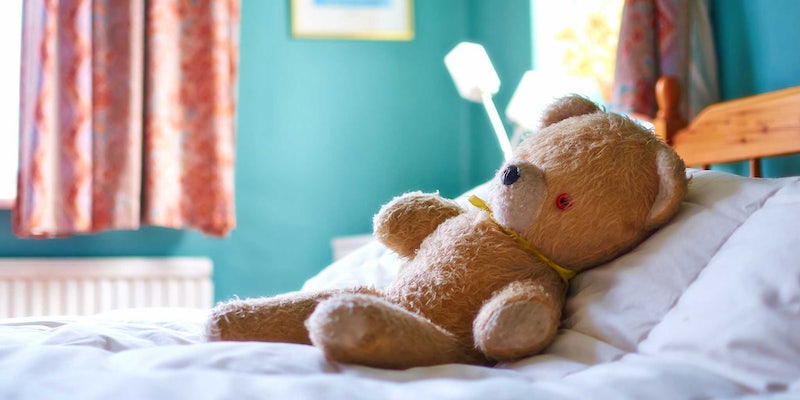 Google patented a connected teddy bear and it is terrifying

Horror movies are constantly being remade and refreshed, but usually it’s done by movie studios hoping to make a quick buck, not a tech company spitballing ideas. Against all sense, Google has patented a smart toy that calls to mind more Chucky than Toy Story.

The patent, filed over three years ago and approved late last week, details an “anthropomorphic device, perhaps in the form factor of a doll or toy,” that can respond to connect to various devices and respond to vocal cues. Sure, everything is already connected to the internet, why not another accessory on the Internet of Things?

Then things start to get weird, because the teddy bear isn’t just stuffed with wool but with wires and sensors. Equipped with microphones to hear commands and cameras to see who’s dictating to it, the bear will be able to sense who is speaking to it and even turn its head in the direction of the speaker. It can also wiggle its ears and nose, wink, and twitch its tail, all of which are sure to fuel your nightmares. 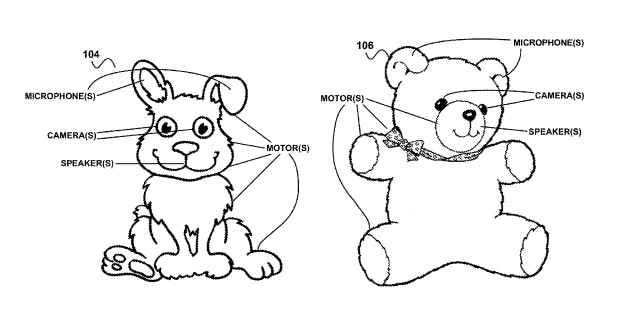 At best, Google’s patent yields a redesigned Furby with an Amazon Echo-style brain built into it. At worst, all the bad omens are in place for an especially traumatizing childhood for all who are cursed to have this godforsaken toy in their crib or toy chest.

Oddly, Google used a very similar concept as an April Fool’s joke earlier this year when the company jokingly unveiled Google Panda, a stuffed panda bear with voice recognition and search capabilities. Turns out it wasn’t such a joke after all.

Google is known for its moon shots, but this smart teddy bear is more of a sun shot. As in we would like to put the bear on a rocket it and launch it at the sun.