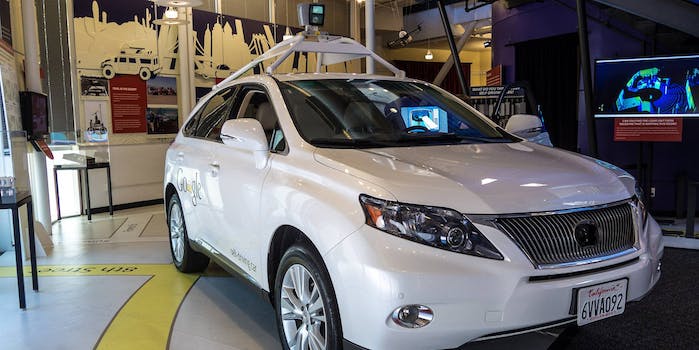 There's no telling whether this idea will stick.

Google has received a patent for a system designed to stick pedestrians struck by its self-driving cars to their windshields to minimize subsequent injuries.

The technology consists of an adhesive coating applied to its cars that would catch people like flypaper catches insects.

According to the description of the ingenious if somewhat silly idea—titled “Adhesive vehicle front end for mitigation of secondary pedestrian impact”—Google’s autonomous vehicles would be coated in an “eggshell-like” material. Should a car find itself unable to avoid striking a pedestrian, that coating would break away at the moment of impact. Beneath it would be an adhesive layer that would bond the person to the car. 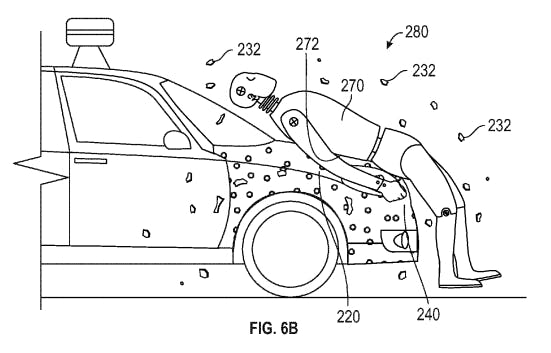 The U.S. patent office awarded Google the exclusive rights to this technology nearly two years after the company applied for the patent.

If the adhesive layer worked as intended, a pedestrian struck by a Google car wouldn’t be sent flying forward by the impact—nor would they land on a concrete surface, resulting in further injury.

The odds of Google ever implementing something like this human flypaper are low. Companies routinely file for and are awarded patents for inventions that never make it to market. But the fact that Google is thinking about ways to reduce pedestrian injury might help assuage fears about the unforeseen dangers of self-driving cars.

Research indicates the self-driving vehicles are still accident-prone, and at least one Google car has caused a crash. (The vast majority of reported accidents involving Google cars are initiated by the other party.)