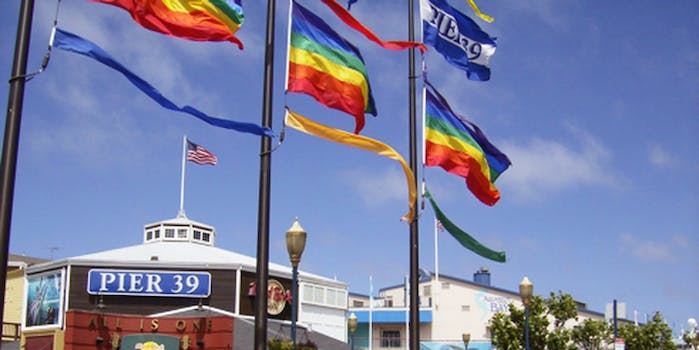 “Those who actually intend the word to be pejorative have their bigotry validated when their politically incorrect search yields the results they originally set out for.”

Associating words in the same “family” is common practice for search engines. A search for “automobile” will turn up pages with the words “auto” and “car” in them.

But Google appears to have made a controversial judgment call, equating the word “gayest” with “worst.” According to BuzzFeed, the association is not simply in the pages searched but within the search itself.

This is not entirely new. As BuzzFeed notes, a Change.org petition had a grand total of 18 signatures two days ago (up to 344 today), and there have been a couple of complaints on Google forums in 2011 and in 2012.

“Those who actually intend the word to be pejorative have their bigotry validated when their politically incorrect search yields the results they originally set out for,” wrote Heather Bronson on the petition page.

When even 4chan starts to get support gay rights and make room for gay users, Google’s nonchalance, as per the company’s response to the BuzzFeed article, seems rather behind the curve.

“Google’s results, including when a search term is synonymized with another, are a reflection of content on the web and how people search,” they wrote. “These results are determined by algorithms and we don’t manually correct this process, but we are always looking at how we can improve our algorithms.”

Well, some seem to believe you can improve it by disconnecting “gayest” from “worst.”