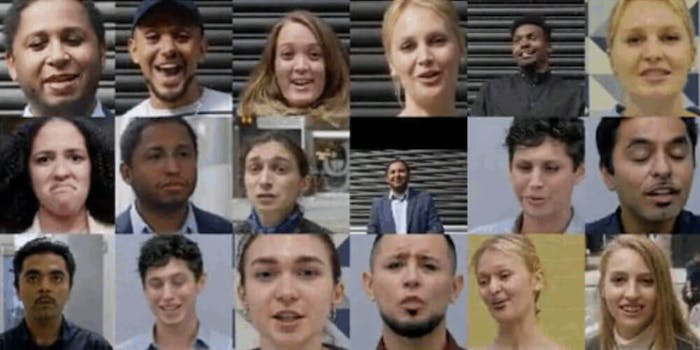 Tech companies are scrambling to aid in the development of deepfake-detection tools.

In a blog post on Tuesday, Google made a database containing approximately 3,000 deepfake videos available for download.

The dataset has been incorporated into the new FaceForensics benchmark, run by the Technical University of Munich and the University Federico II of Naples, where researchers can access the videos for use in developing deepfake-detection technology.

Google’s says its deepfake videos were developed over the last year with the help of actors.

“To make this dataset, over the past year we worked with paid and consenting actors to record hundreds of videos,” Google says. “Using publicly available deepfake generation methods, we then created thousands of deepfakes from these videos.”

Google says it plans to continually add new content to the dataset in an effort to keep up with advances in deepfake technology. In other words, detection techniques that work right now might not work in the near future.

“We firmly believe in supporting a thriving research community around mitigating potential harms from misuses of synthetic media, and today’s release of our deepfake dataset in the FaceForensics benchmark is an important step in that direction,” Google added.

Google’s announcement comes just weeks after Facebook revealed that it intended to release a deepfake dataset of its own similarly aimed at combating the technology’s misuse.

Facebook has even announced a “Deepfake Detection Challenge (DFDC)” and is offering up to $10 million in prizes and grants in order to spur the creation of deepfake-detection tools.