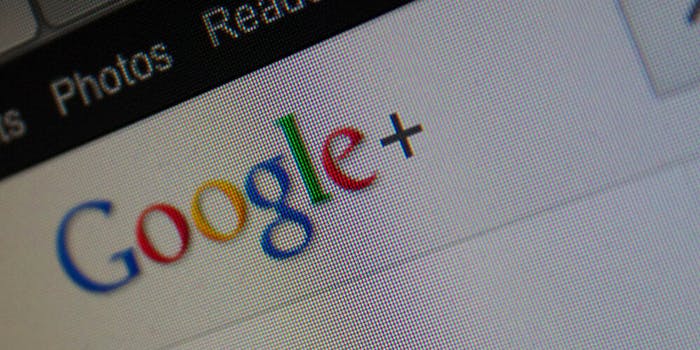 Users should begin downloading any content they wish to keep.

Google+ has announced that it will soon begin deleting data from consumer accounts months after the social media site revealed plans to shutter the service.

In a blog post Wednesday, Google’s David Conway stated that the sunsetting process will begin on April 2, giving users who wish to save their content several months to do so.

“While this process of deleting consumer content will take a few months and some content may remain visible during this time, you should take action before April to ensure you don’t lose any content you want to save,” Conway wrote.

The decision to shut down the social media site came after it was learned that the search giant exposed the private data of hundreds of thousands of Google+ users and chose not to disclose the issue. Google argued at the time that it did not feel it needed to alert users because it was unable to prove that their data was misused.

Although the site’s consumer version will soon disappear, Google+ will keep the accounts of its enterprise users.

“This means that for those of you who use Google+ as part of G Suite, your accounts will remain active,” Conway adds. “G Suite users include businesses who pay for its services and educational institutions and other organizations that use G Suite at no cost.”

Other functions, such as the ability to log in to certain websites and services through Google+, will also be removed or replaced.

Google has provided instructions on it support page for anyone looking to download their content before it is purged.

“We’d like to take this opportunity to thank all of our Google+ users who’ve built their communities with us over the years,” Conway said in closing. “We appreciate what you’ve created and your contributions.”