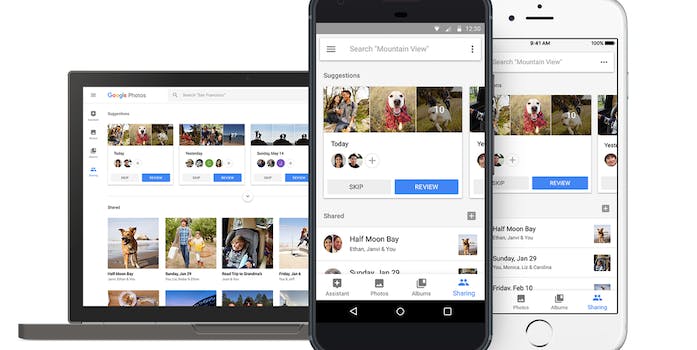 Google Photos wants to tidy up your camera roll

Get your roll in order.

In your quest for the perfect Instagram, you may take hundreds, nay, thousands of photos just to get that one golden shot. Alright, maybe it’s five photos, max. Regardless, chances are you’ve got numerous duplicate photos and reject selfies clogging up your phone’s camera roll. In an effort to help get things more organized, Google Photos now has a new way to deal with those images: archiving them.

First spotted by 9to5Google, there’s now an Archive option in the main menu of Google Photos on Android. You can move photos to this Archive folder by tapping the More settings menu on a photo, then selecting Archive. When you’ve done this, the photo won’t show up in your main Google Photos view anymore. Instead, you can find it in the Archive folder or in search. (However, if you added that image to a specific album, the photo won’t be removed from there.)

This feature has two clear benefits. First, it can clean up the photos on your phone without deleting them. With duplicates and bad shots archived, you can more quickly scroll through to find old photos you liked. I rarely delete photos unless it’s absolutely necessary, so this provides a happy medium—organization without the abandonment. Second, you could also use it to hide any NSFW pics from prying eyes. It might not be the most secure solution on that front (there are third-party apps you may want to use instead), but it’s better than nothing.

The Archive feature is only available in the latest version of Google Photos for Android. It looks like it should roll out to desktop and iOS very soon, though.