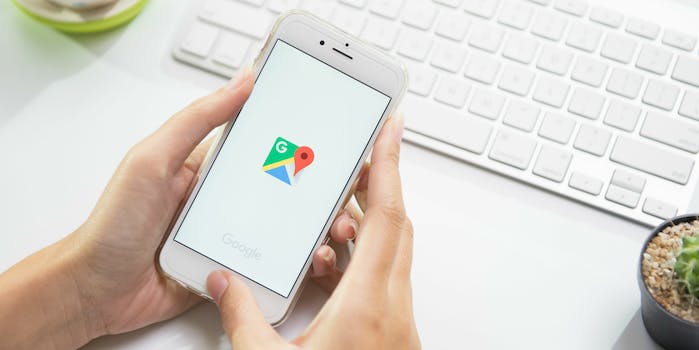 Hundreds of people posted glowing reviews after the nip-slip video.

Google is strengthening its algorithms that filter out explicit content after a video of a woman exposing her breast made a remote road one of the most highly rated tourist attractions in Taiwan.

The 18-second clip shows a woman checking over her shoulder before pulling down her neckline to reveal her breast as she smirks at the camera. Google eventually found out about the racy video and removed it, but not before it received hundreds of five-star reviews. The video grew a cult following among locals, who wrote playful comments on the Google Maps listing.

One person said, ”I’ve never thought about going there but now I want to. It definitely seems like a lively area.” Another said they’d seen the clip and were driving to the area “straight away.”

The road sits on a quiet route along Pingtung County, Taiwan, a region in the southern part of the island known for its agriculture. That is to say, it’s by all accounts not a tourist attraction. But over the last few days, it’s quickly become a viral sensation. “This is a great place! I’m not afraid to make a special trip! This is the glory of being an experienced driver,” one commenter wrote.

It was only a matter of time before Google learned about the inappropriate clip and shut down the post. The company’s “user contributed content policy” states, “We don’t allow content that contains sexually explicit material.” Content that violates Google’s policies will be removed and the account that uploaded it could be suspended or deleted. Google requires users to link their profile with the photos and videos they post—however, if you wanted to, say, upload a video of you flashing, you might create a fake account. It’s unclear if that’s what this daring nudist did, but local reports don’t seem to know much about her, referring to her as “western,” the New York Post reports.

Last year, Google started encouraging users to upload content on Maps with a “Local Guides” feature that rewards people with points for posting reviews, photos, and videos. Those points can be exchanged for early access to Google products and “special perks from partners.”

Once it was tipped off that the risqué clip was trending, either from a user report or because of how quickly a remote road in Taiwan became popular, Google deleted it. It told Hong Kong-based tech blog Apple Daily that it’s investigating how the clip was uploaded to the platform without being flagged.

It also said it would be “strengthening the system’s automatic detection mechanism,” which means it’s going to improve its algorithms by feeding them heaps of boob images.