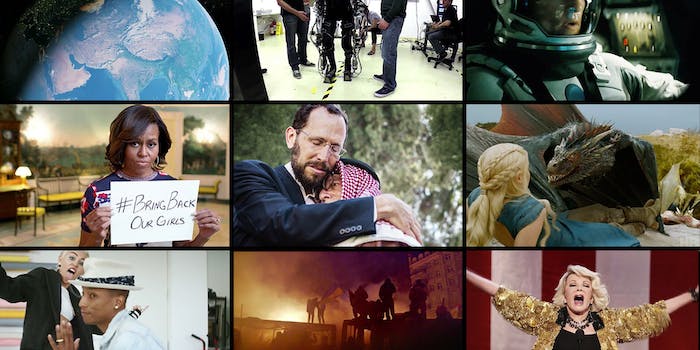 Here’s what Google searches said about the world in 2014

2015 is almost upon us, and roundups and retrospectives of the last year are coming thick and fast. The latest comes courtesy of Google: The search giant has looked back over the last “Year of Search” to put together key facts and figures about what people cared about, worried over, wanted to know more of—and above all searched for in 2014.

Robin Williams dominated the year, the legendary comic’s death causing his name to peak as the single most-popular trending term in the entirety of 2014. Over major geopolitical events including Ebola, the Malaysia Airlines disasters and Sochi Olympics trailed behind, while Jennifer Lawrence topped the list of most-searched people—likely sparked in part by the leaking of intimate photos of her and dozens of other celebrities in what has been dubbed “Celebgate.”

Of the trillions of searches carried out in 2014, here are a few of the biggest:

TechCrunch makes an important point about the search terms—that they relate to year-on-year change rather than “raw frequency… If it were just raw frequency, Google says the most popular searches wouldn’t change much.”

Lastly, because Google also owns YouTube, here are the 10 most popular viral videos of the last 12 months:

For more information, Google has dug into the search trends in greater detail on a dedicated site, google.com/2014.